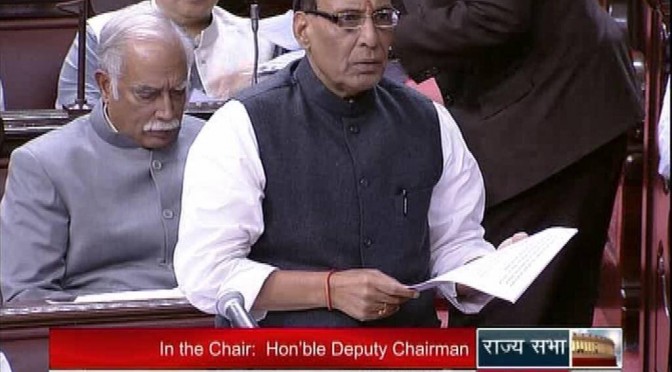 Suo Moto statement to be made in Rajya Sabha on 09.12.2014 by the Union Home Minister

Suo Moto statement to be made in Rajya Sabha on 09.12.2014 by the Union Home Minister

I rise to report an extremely unfortunate incident of sexual assault on a young woman in the night intervening 5/6.12.2014.

As soon as information was received by the police, a case was registered vide FIR No. 1291/14 dated 6.12.14, U/S 376/323/506 IPC PS Sarai Rohilla. Immediately police teams were formed to identify and locate the culprit. The woman was sent for medical examination and she was alsocounselled by an NGO volunteer authorized by Delhi Commission for Women.

The accused was arrested on 7.12.2014 from Mathura and was brought to Delhi where he was produced before the court on 8.12.2014 and he has been sent to three days police remand.

The Delhi Police is also exploring the issue of possible legal liability of the taxi service ‘UBER’, in the crime committed. The Transport Department of the Government of the NCT of Delhi has banned the said company from providing any transport related service in the NCT of Delhi.