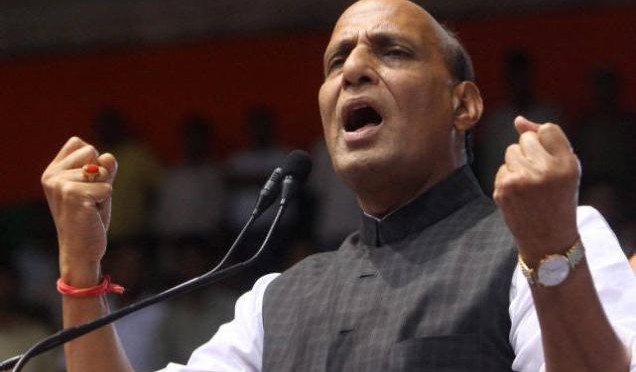 Statement of Union Home Minister on extradition of terrorists in Lok Sabha May 11, 2015 .

Statement of Union Home Minister on extradition of terrorists

Following is the text of the statement made by the Union Home Minister Shri Rajnath Singh in the Lok Sabha today clarifying the answer given by the Ministry of Home Affairs to the Unstarred Question No.6331 answered on May 5, 2015 in the Lok Sabha regarding “extradition of terrorists”

“Dawood Ibrahim is wanted in serial bomb blast cases of 1993 in Mumbai and a Red Corner Notice No. AO135/4-1993 is in existence against him. The United Nations Security Council has also issued a special notice No.U-65/4-2006 against him. India has credible information about his presence in Pakistan.

The details of Dawood Ibrahim, including those of his Pakistani passports and his reported addresses in Pakistan, have been provided to Pakistan from time to time with a request to locate and hand him over to India as India is the initiator of the Red Corner Notice issued against him by the INTERPOL.

Pakistan is under an obligation to locate a person in respect of whom a Red Corner Notice has been issued to enable the requisitioning country to start extradition/deportation or any other legal process in respect of such a person.

Despite overwhelming documentary and other evidence handed over to Pakistan, Pakistan has failed to locate Dawood Ibrahim and initiate legal process.

India continues to pressurise Pakistan at all levels to fulfil its international obligations and locate Dawood Ibrahim and other terrorists and hand them over to India.”