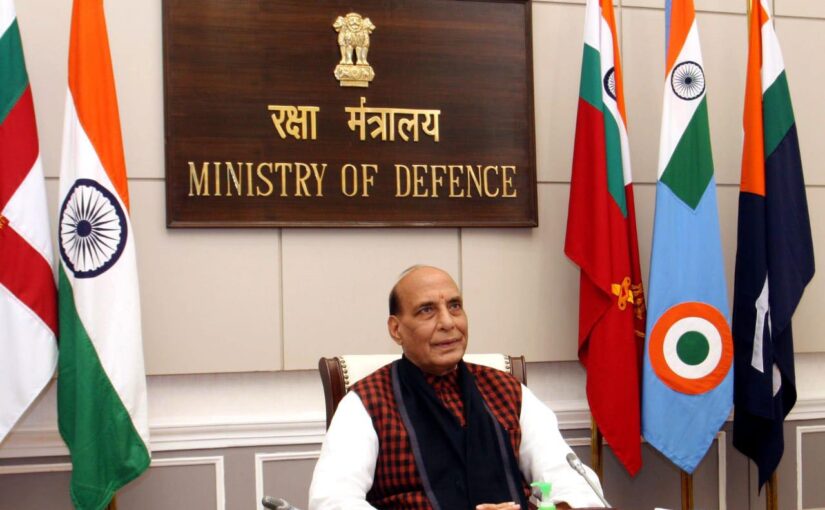 Speech at the Valedictory Session of FICCI’s Annual Conclave:

It gives me great pleasure to interact with you all, through this digital forum, on the occasion of the 93rd Annual Convention of FICCI. In more than nine decades of its existence FICCI has played a pivotal role in addressing the issues concerning Indian Industry and Business in the most constructive manner. It has played a very important role in India’s emergence as one of the most rapidly growing global economies.

Stopping, halting or moving back was not an option for us. But human life was the most precious for us. The option was never between to save “Lives” or to save “Livelihoods”. We knew our utmost priority was first to save lives. We knew that at no cost we could risk the lives of millions; hence India became one of the first few nations to impose a countrywide lockdown that continued for weeks. We knew it is going to be hard. But we were certain that we would bounce back. And, here what we call “Inspired India” played the most important role.

The “Inspired India” that constitute of our armed forces, whom no virus could deter from their duty. While the world was fighting the deadly virus, they were valiantly defending our borders. And, above all the “Inspired India” that constitute millions of common men and women who showed great patience and resilience in this fight against coronavirus. Today, India is back on track, with new vigour.

The government acknowledged this indomitable spirit of the entire nation. In order to pay respect and bind the entire nation with this spirit, innovative measures like clapping and beating thalis, lighting of diyas were encouraged by our PM.

Our defence forces also expressed their gratitude to corona warriors, including healthcare workers, police, and forces who were at the forefront of the battle against the pandemic through flypasts, lit-up ships and musical tributes outside hospitals across the country. I still remember the time when serious doubts were raised regarding our ability to provide basic support facilities – from masks to PPE kits, ventilators and ICU beds.

India too made a quick development in this regard. Today, after only 10 months, vaccines are in their final stage of development, to be produced in India. But an important question was what if tomorrow a new virus outbreak happens. Can we afford yet another coronavirus like epidemic? The answer to this uncertainty is to create a defensive mechanism that can fight any virus. The answer is to strengthen our immune system.

There is no question of taking retrograde steps against our agricultural sector ever. The recent reforms have been undertaken with the best interests of India’s farmers in mind.
We are, however, always willing to listen to our farmer brothers, alley their misgivings and provide them with assurances we can provide. Our Government is always open to discussion and dialogue.

Amongst several sectors of the economy which are set to contribute towards our Atmanirbhar Bharat Initiative and to the revival of growth, I believe the Defence sector would play a significant role.

As you are aware, there is big build-up of Armed Forces at the LAC in Ladakh.

There can be a serious debate on who owns more military might but when it comes to soft power there is no scope of ambiguity. India is far ahead of China when it comes to leading the world with ideas. If you look at entire East Asia from Burma to Thailand to Indonesia and Malaysia even Japan, there is a huge Indian cultural impact on all these countries. Buddhism had a monumental influence over China to an extent that before the 1949 revolution almost 80% of China’s population followed Buddhism.

We have been victims of cross-border terrorism, yet have fought the scourge alone even when there was no one to support us but later, they understood we were right about Pakistan being the fountainhead of terrorism. And now again our brave forces are there in the forefront fighting icy winds to guard our borders and to fulfill their responsibility. The question is can our industry also stand shoulder to shoulder with our forces? Can we use our economic strength to our advantage, forge the right partnerships, bring the right technology for our armed forces? Can we be at the forefront of military production – lethal or non-lethal – like our soldiers on the border? Today’s India is different from 1950s or 1960s. Our businesses, people like all of you, are champions in your sectors. You have the confidence — that has come from great success in India and overseas – as well as the global reach to influence decisions. I urge you to please study our policy shifts in defence more carefully and organize your businesses accordingly.