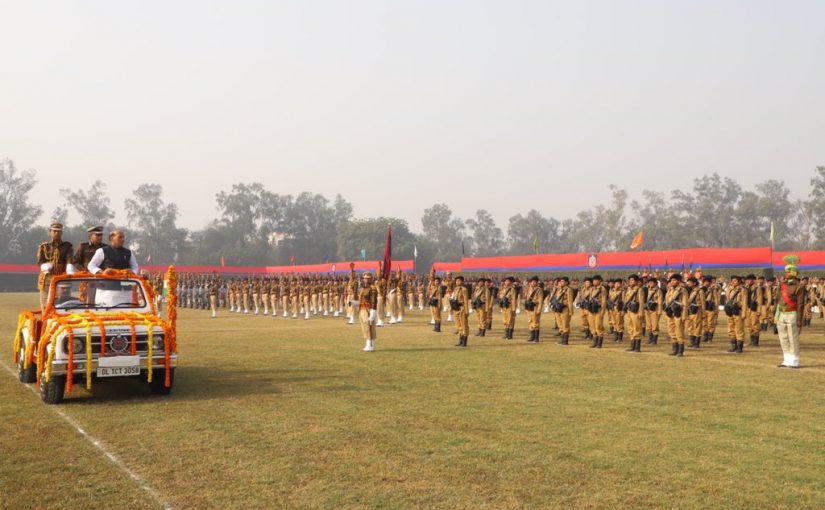 Union Home Minister Shri Rajnath Singh has said detection is the most effective deterrent against crime. Addressing the 71st Raising Day Parade of Delhi Police here today, he directed the Delhi Police top brass to update the crime control strategy. Calling upon the police force to acquaint themselves with the latest technology, Shri Rajnath Singh said forensics is a key factor in criminal investigation. The Government is adding more forensic laboratories in the national capital and with the Crime and Criminal Tracking Network & Systems (CCTNS) soon to be made fully operational, it will add to the capabilities of the Delhi Police, he added.

The Union Home Minister lauded the Delhi Police for their recent success in nabbing the wanted terrorist Junaid who had been eluding arrest for more than a decade and the rescue of a kidnapped child. He appreciated the community policing and Intelligent Traffic Management System among other success stories of the Delhi Police. Having given away awards for the Best Police Stations, Shri Rajnath Singh said the grading of Police Stations, as recommended during the Annual DGPs Conference, will result in healthy competition.

Citing the example of how Police in the Latin American city of Bogota, capital of Columbia, once known as the murder capital, brought a turn around and made the city safe, Shri Rajnath Singh said with effective strategy crime graph can be checked almost 70% even in metros like Delhi and Mumbai. No criminal dare escape the police net, he added.

The Union Home Minister said as Delhi is the capital of India, Delhi Police is seen by our countryman not just as a State Police but Police of the entire nation. Given the fact that it is seen as a police of entire country, people have lot of expectation from the Delhi Police. This requires Delhi Police to put extra effort and they need to be extra alert and cautious, he added.