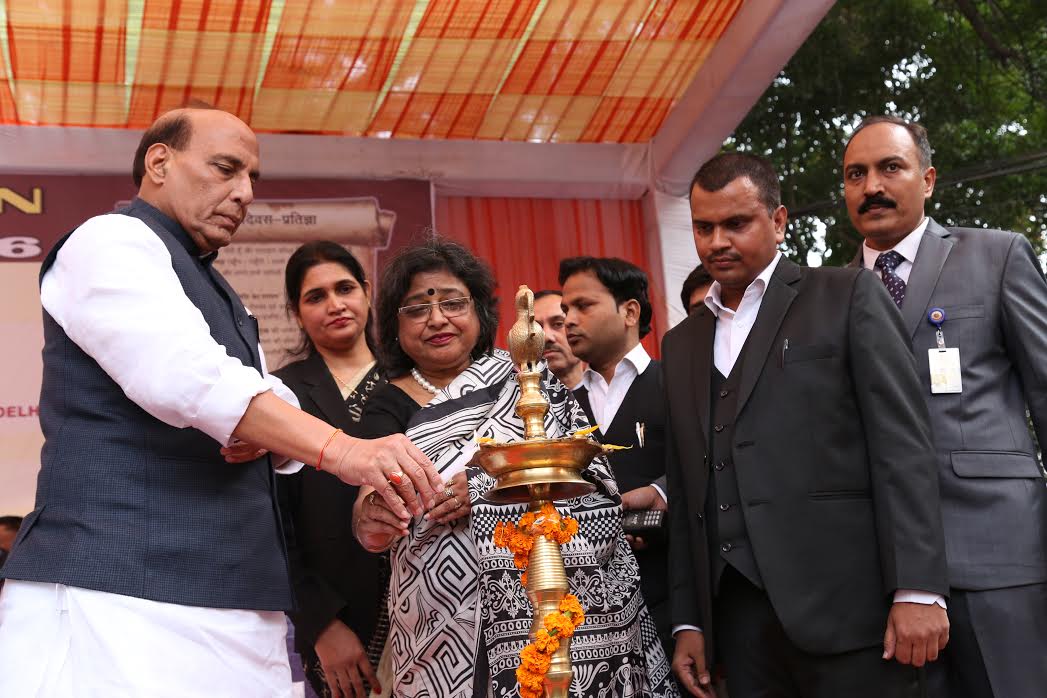 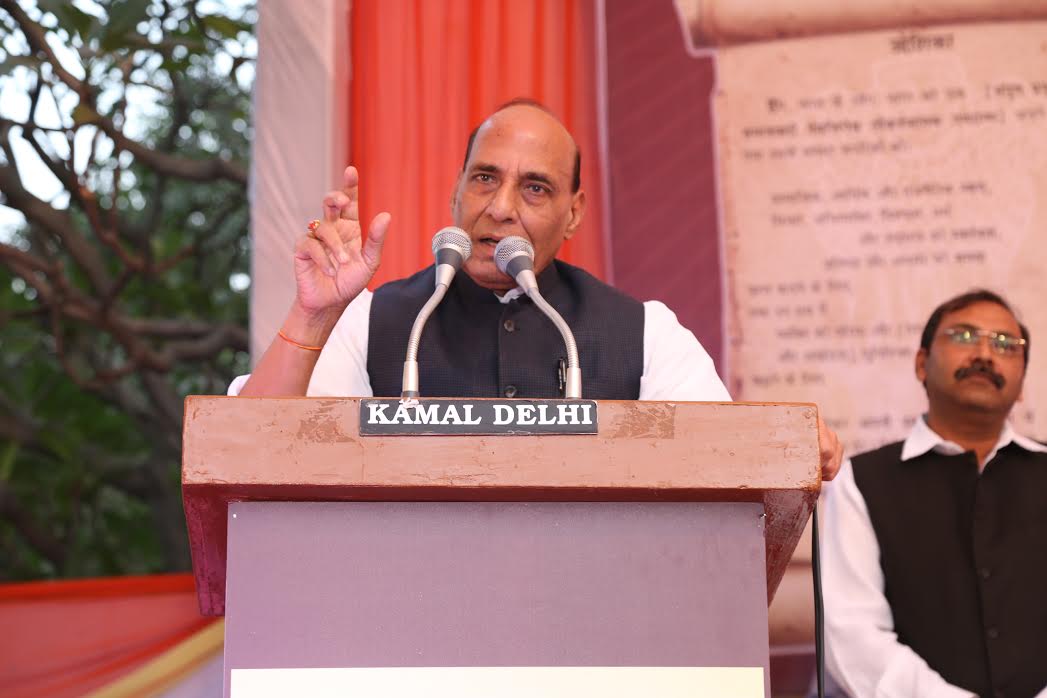 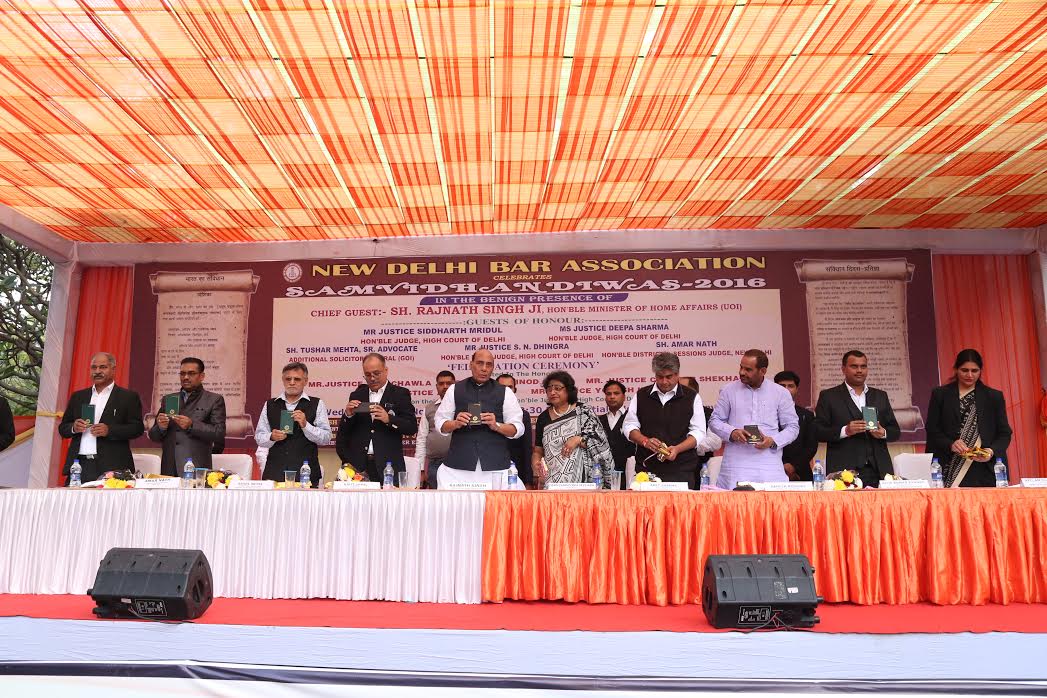 Referring to the Goods and Services Tax (GST), Shri Rajnath Singh said that it would bring a regime of ‘one nation, one tax’ which has brought transparency in the Indian Tax System. He also highlighted the separation of power among the Legislative, Executive and Judiciary for progress of the country in the positive direction.

Shri Rajnath Singh also mentioned the contribution of different leaders as unifying and binding force for the country. The role of Fundamental Rights was also highlighted for a dignified life under the Constitution. He also highlighted the issues of Women Empowerment, Property Rights, Rights to Adoption and Triple Talaq.

The Indian legal system, pending cases in the courts, e-Courts Mission Mode Project and computerization and modernization of the legal and judicial system were also mentioned.

Referring to the Directive Priciples of State Policy (DPSP) of the Consitution, Shri Rajnath Singh said, the State shall endeavour to implement Uniform Civil Code for its citizens. He proposed that there should be a discussion at national level on the issue and if there is any concensus, then, none should have any problem.