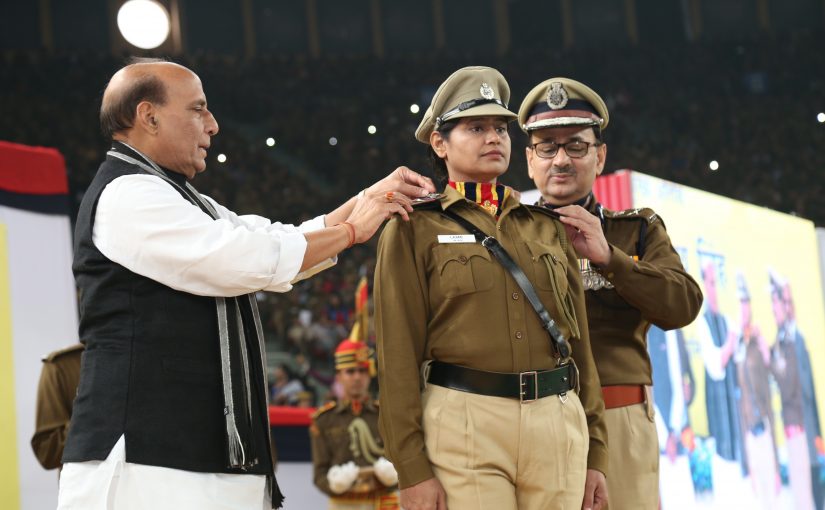 “For the first time in The Country, So many Police Personnel have been promoted”: Union Home Minister 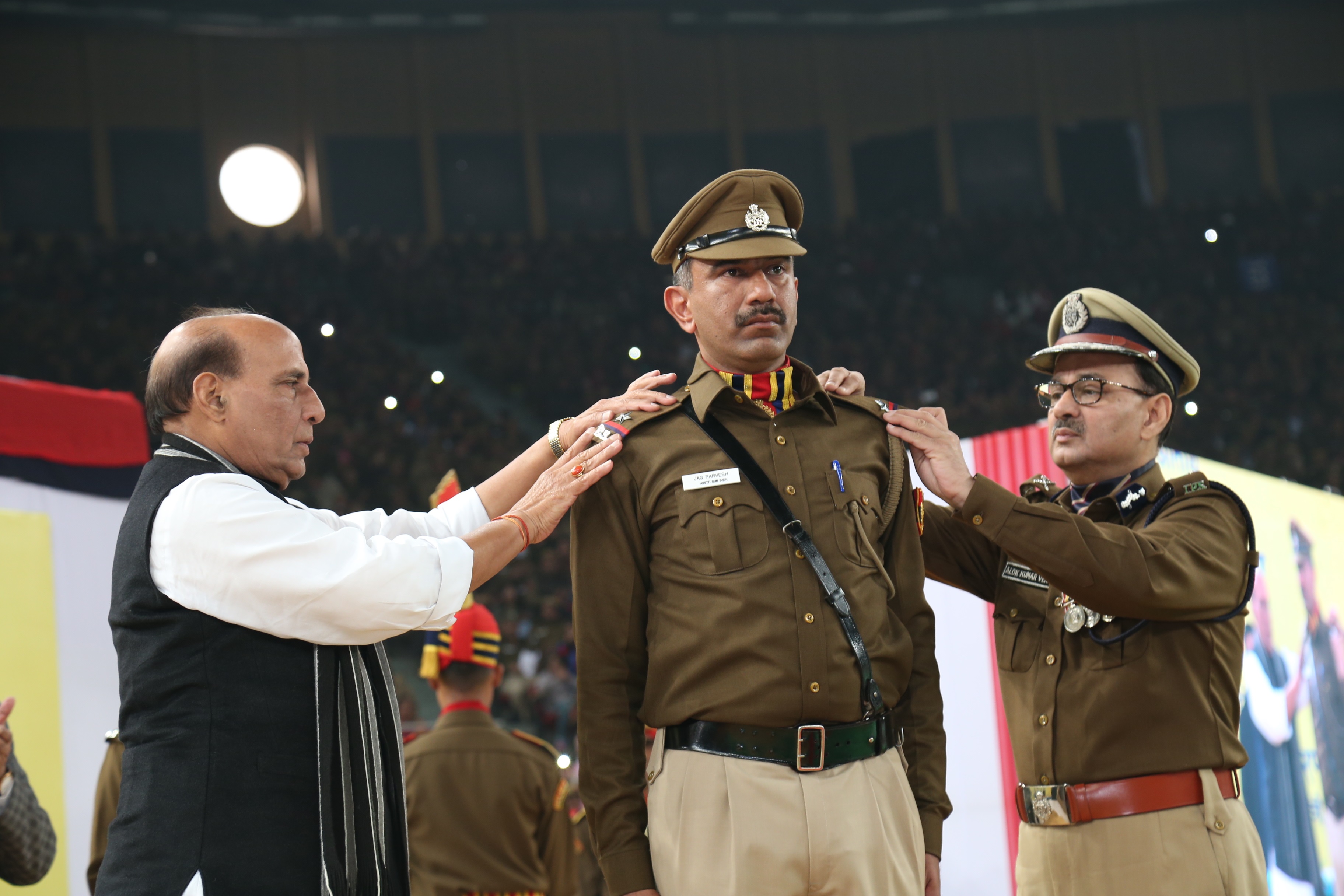 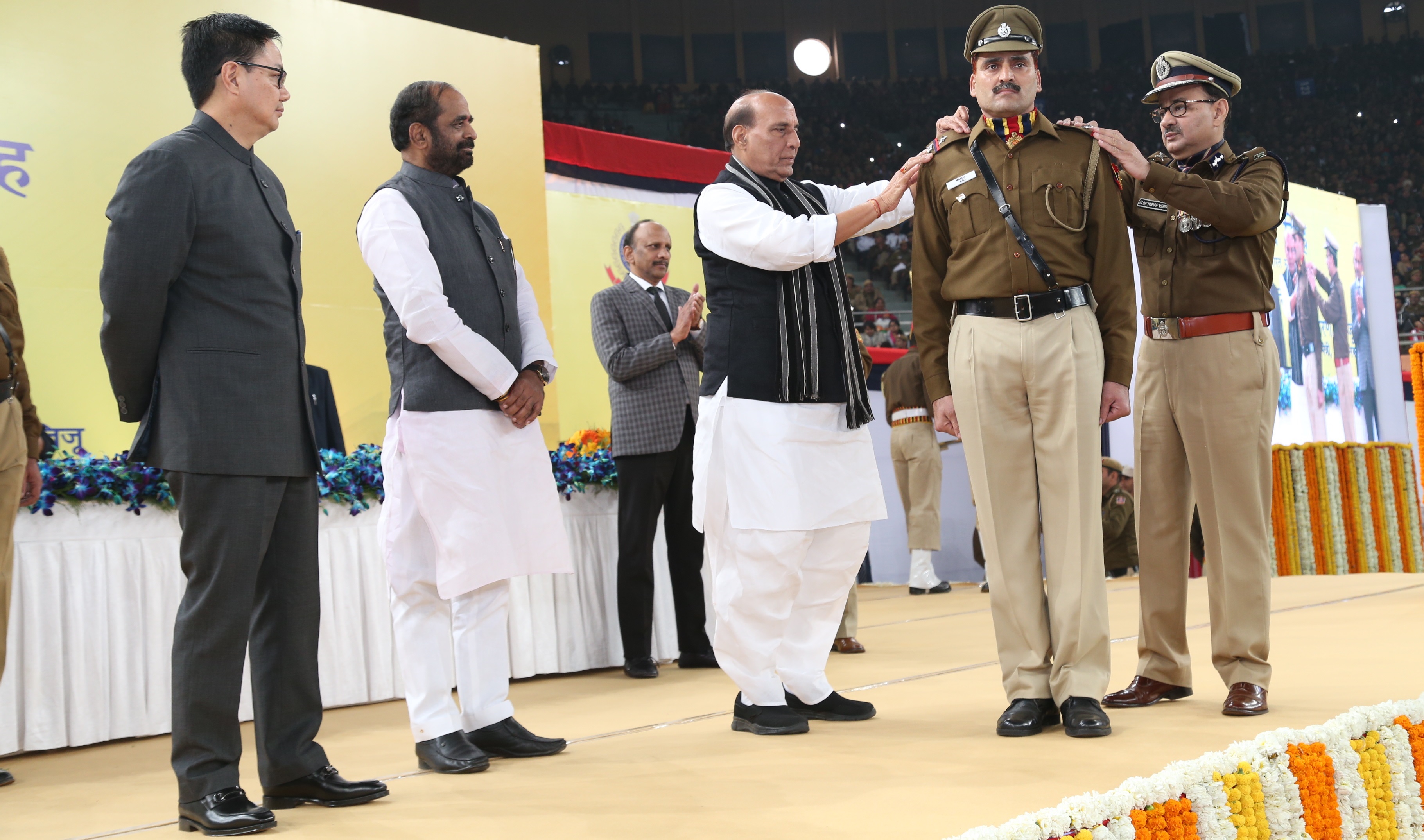 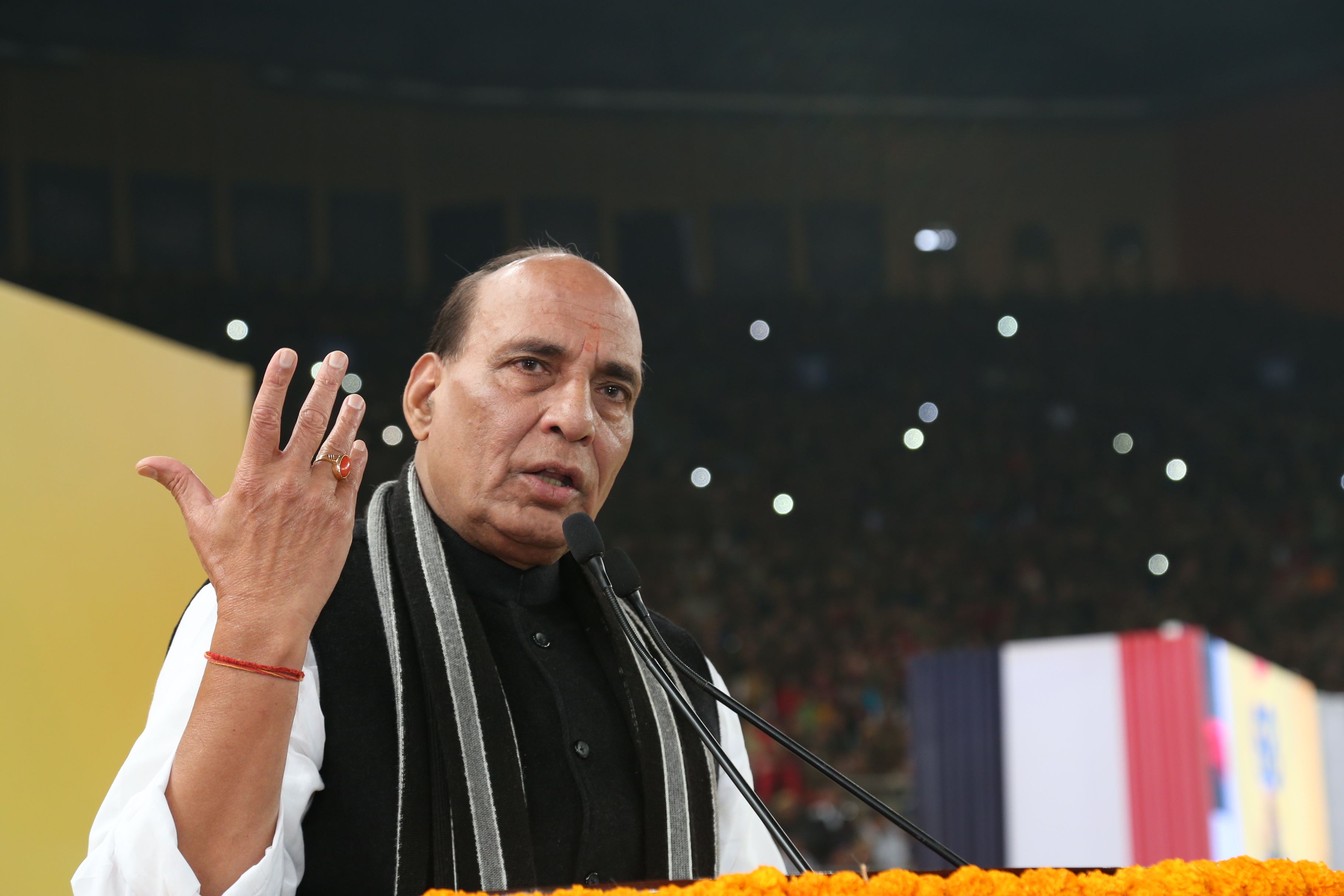 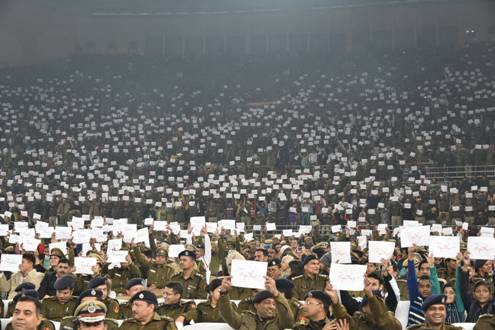 Expressing happiness at the promotion of more than 25, 000 Delhi Police personnel, Union Home Minister, Shri Rajnath Singh said, “It is the first time in the country that so many police personnel have been promoted. It is the first time I am experiencing such a large gathering and a mega show like this. I have also written to the Finance Ministry proposing to create 15,000 more vacancies in Delhi Police.” The Minister said that he was hopeful that in the coming year, the force will have around one lakh personnel.

Addressing the Investiture Ceremony of Delhi Police here today, Shri Rajnath Singh emphasized the need to make Delhi a safe place. The Home Minister told the policemen that the voice and problem of the common man should be heard. He stressed that “no innocent should feel harassed and a criminal must be punished at any cost.” The Home Minister said that the force should not work under any pressure. Referring to his recent visit to China, Shri Rajnath Singh said that in Shanghai, he was informed of the installation of 80,000 CCTV cameras in the city and that the police reached the place of occurrence within minutes. The Minister hoped that the Capital’s police should also function in this way and ensure that all efforts are made to achieve this.

Shri Rajnath Singh added that he will have a meeting with police officials, as well as retired police officers to chalk out a plan on how to make the national Capital a safer place for the citizens. Ending his address on a lighter note, the Minister said, “All the wives and sisters of police personnel to enquire from their men about their day-to-day working and their productivity towards the society. The force should work with honesty and policing requires interaction with the common man and hence they should be connected well with them.”

In his address, Commissioner of Police, Delhi, Shri Alok Kumar Verma stressed that “Constabulary is the backbone of police system and when he took charge”. He added that he was pained to see that Constables have not received their due promotions even after giving 28 years of their service to the force. The same was the case for Head Constables and other middle rank officers. During his visits to several police colonies, he met many families and witnessed their family members’ despair on this issue.

With the approval of the Home Minister, a plan was charted out to give due promotions to all lower and middle rank officers, who have rendered required service to the force. He highlighted that under this strategy, “9337 Constable and 9556 Head Constables have been promoted to next rank. In all 25,827 personnel have got promotions, which will boost the morale of all the promoted officials, resulting in a happier and satisfied force.” It will not only increase the number of investigating officers, but also improve work, conduct and efficiency of police force in general.

He added that “various welfare measures initiated by him, including organizing Skill Development Programmes in police colonies to expose hidden skills and art within police families. Besides, 102 scholarships were provided under Wajifa Scheme and 333 children of police families got jobs in reputed private companies through a mega job fair. Such programmes also brought police families closer to each other. Also, financial assistance was provided to the families of deceased police personnel.” He further announced that for the first time in police history, provisions have been made for out-of-turn promotions of women police personnel. He stressed that job rotation and job enrichment are necessary for overall development of any organization, which was his vision for Delhi Police force.

The Commissioner of Police, Delhi welcomed the Chief Guest and explained his mission/goal and the way, he alongwith his team achieved this huge target of the promotions. This programme of 2016 will be remembered in the history of Delhi Police, when more than 25,000 police personnel have been promoted within a short span of time (8 months) by Delhi Police.
During the ceremony, 16 newly promoted Inspectors (of 1997 Batch) reached the venue after completing 26 km run, which was started from Dwarka, as a thanks giving gesture to the Commissioner of Police. In the end, as a token of gratitude and appreciation to the Commissioner of Police, Shri Alok Kumar Verma, 20,000 of promoted officials held a plaque card which said “Thanks”. All these 20,000 “Thanks” were handwritten by Limca award winning calligrapher SI Shyamalan.