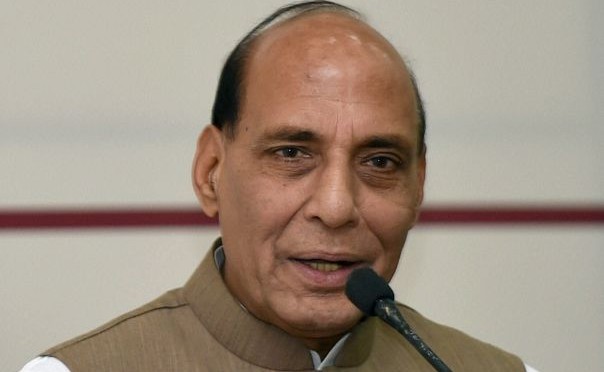 Union Home Minister, Shri Rajnath Singh is leading the delegation of senior officers from the Central and State Governments for the World Conference for Disaster Risk Reduction to be held in Sendai, Japan from 14th March to 18th March 2015.

Shri Rajnath Singh will present the official country statement on 14th March 2015 in the plenary meeting. He will also chair a Ministerial Roundtable, Meeting on ‘International Cooperation in Support of a Post-2015 Framework’ on 15th March 2015.

The Union Home Minister will visit Onagawa, on 15th March 2015, where 46 rescuers from National Disaster Response Force had worked in the rescue operations during the Japan Earthquake and Tsunami in 2011. On 16th March, Shri Rajnath Singh will chair the Asian Leaders meeting, which will decide the modalities for the implementation of Disaster Risk Reduction Framework in Asia-Pacific Countries. The Home Minister will also inaugurate a Buddhist Art Exhibition at Tokyo National Museum and interact with the members of the Indian community at Sendai and Tokyo.

About 7000 delegates from all parts of the world are expected to participate in the efforts to evolve a strategy for disaster risk reduction, following the current ‘Hyogo Framework of Action’. The earlier framework has provided critical guidance to reduce disaster risks and to strengthen cooperation among stakeholders at local, national, regional and global levels. Though member countries have made considerable progress by investing their resources in dealing with disasters, there are challenges in implementing the framework, due to diverse social and economic conditions.

The participants in the conference will share varied expertise available in the area of capacity building, risk assessment, risk financing and to identify areas where international cooperation is possible amongst member states in addition to greater political commitment.