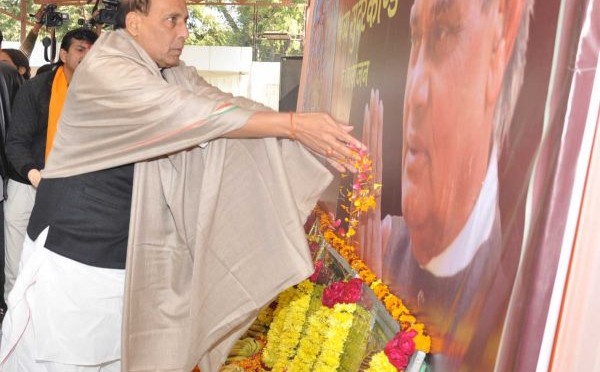 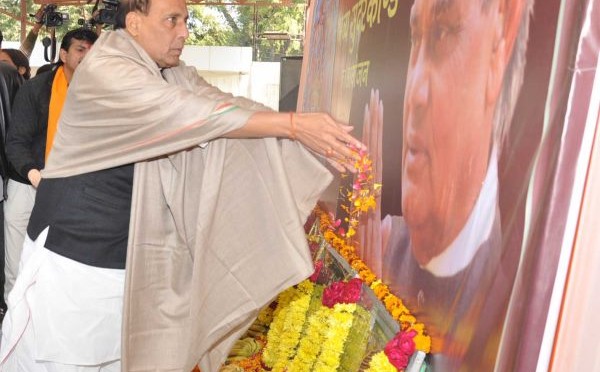 Blaming the Congress for “making the country poor”, BJP president Rajnath Singh today said that if voted to power, his party would bring back the “golden era the country witnessed during the Atal Bihari Vajpayee regime”.

“Congress party should be blamed for making India a poor country during its rule,” he said, adding that during the Vajpayee rule, the country had current account surplus. The BJP chief assured to make India a current account surplus country within six months of coming to power at the Centre after the upcoming Lok Sabha polls.

“We will strengthen the manufacturing sector, produce low cast iron, increase the exports and decrease the imports. Once we are in power, within six months the country will have current account surplus from the existing situation of current account deficit,” Singh said.

He claimed that Modi-led government will bring a sea change in the country’s economic situation. “Modi is a person with vision and conviction, who knows how to make India a super power.”

“Prime Minister Dr Manmohan Singh during his recent press interaction has admitted that the country is governed by two power centres – one is the central government and another Sonia Gandhi,” the BJP president said. He also held Congress responsible for the vexed Jammu and Kashmir issue.

The rally held at Merces village near Panaji was attended by over one lakh people, kicking off the campaign for the Lok Sabha polls in the state.