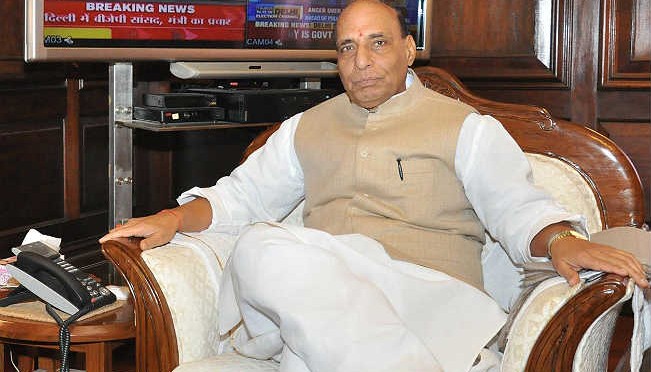 Following is the text of the Statement made by the Union Home Minister Shri Rajnath Singh in the Rajya Sabha today on BBC Four’s Storyville to broadcast documentary titled ‘India’s Daughter.’

“A No Objection Certificate (NOC) to shoot the documentary featuring interview of convicted inmates in Tihar jail of cases related to atrocities against women was given by the Ministry of Home Affairs on 24 July, 2013 and thereafter the permissions were given by the jail authorities to shoot the documentary to Ms. Leslee Udwin and Ms. Anjali Bhushan with the following conditions:-

(i) Prior approval of jail authorities is to be taken for publishing the research paper or for releasing the documentary film which is being made for purely social purposes without any commercial interest as conveyed.

(ii) To interview only such convicted prisoners who give written consent.

(iii) The complete unedited footage of shoot in the Tihar Jail premises will be shown to the jail authorities to ensure there is no breach of Prison security.

This documentary, inter alia, features interview of one of the accused of the Nirbhaya case. It came to the notice of the jail authorities that the permission conditions have been violated and hence a legal notice was issued to them on 7th April, 2014 to return the unedited footage within 15 days and also not to show the film as it violates the permission conditions.

Subsequently, the documentary film was shown to the jail authorities where it was noticed that the documentary film depicts the comments of the convict which are highly derogatory and are an affront to the dignity of women. It was also noticed that the film shown was the edited version and not the unedited as per permission conditions. Hence, they were requested to provide full copy of the unedited film shootout for further review by the authorities and that they were asked not to release/screen the documentary till it is approved by the authorities. Now, it has come to notice that on 8 March, 2015, BBC Four is going to telecast this documentary film. The Government has taken necessary legal action and obtained a restraining order from the court disseminating the contents of the film.

Our Government condemns the incident of 16th December, 2012 in the strongest possible terms and will not allow any attempt by any individual, group or organization to leverage such unfortunate incidents for commercial benefit. The respect and dignity of women constitute a core value of our culture and tradition. Our Government remains fully committed to ensuring safety and dignity of women.”