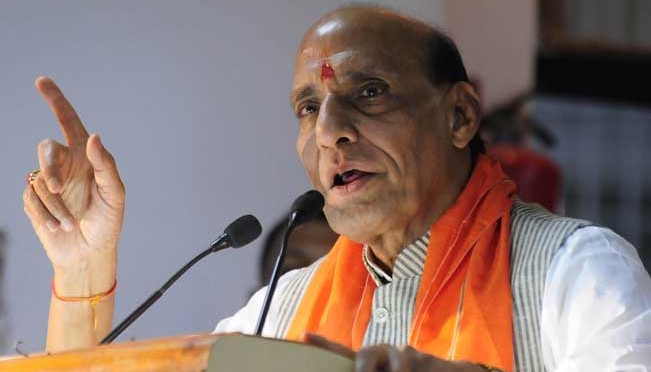 Speaking on the occasion, Shri Rajnath Singh said that setting up of Indian Police Foundation and the Indian Police Institute has been initiated keeping in mind the security situation of the country. On the occasion of Police Commemoration Day today, he also paid tributes to the martyrs who have sacrificed their lives for the security of the country.

Shri Rajnath Singh said that perception of Indian police needs to be changed so that the common man feels a ‘sense of confidence’ towards the police instead of perceiving it with a ‘sense of fear’. The Indian Police Foundation and the Indian Police Institute can work in the direction of giving suggestions to change this perception, he added. He said that various Committees and Commissions have been formed from time to time to improve the police system in India and several advisories to the states have also been issued, but the results in this direction depend upon the political and bureaucratic leadership of the country.

The political and bureaucratic leadership can do a lot to boost the morale of the police forces, he said. The Indian Police Foundation and the Indian Police Institute can work in coordination with other Research and Training institutes for the betterment of police system in the country.

The Union Home Minister expressed his deep concern over the increasing incidents of intolerance and violence in the country. He appealed to the countrymen to abide by the principle of “Vasudhaiva Kutumbakam” (the whole world is a family) which was given by India only, to the rest of the world. Greeting the countrymen on the eve of Dussehra festival, the Union Home Minister appealed to the nation to maintain harmony and peace.

Addressing the audience, the Minister of State for Home, Shri Kiren Rijiju said that Indian Police Foundation and the Indian Police Institute is going to be a world class institute. Terming it as a revolutionary step, he wished that this institute will achieve the objectives it is set for. Commenting upon the current security situation in the country, he said that the mindset of the people also needs to be reformed for the system to change. He expressed concern over the increasing crimes against women in the country and emphasized upon the change in the mindset of the society. He also mentioned that the country needs to go beyond the police reforms and certain revolutionary steps are required for change. He hoped that IPF and IPI will meet these expectations.

The Indian Police Foundation: A think tank to deliberate, ideate, strategize, and lead the advocacy towards realizing the much-needed transformational reforms in the Indian Police. The Foundation comprises of professionals and thought leaders from different disciplines, including the police, civil services, media, legal profession, academia and the civil society who bring along their rich experience, diverse perspectives and insights. The Foundation will generate the much needed ideas, energy and expertise, strong and influential enough to assist and support the Indian Police to drive a campaign for systemic and transformational reforms, while simultaneously working to create an enabling environment through policy advocacy.

The Indian Police Institute: A research and training institute for police officers for the pursuit of professional excellence and evidence-based policing. The Indian Police Institute will carry out research by jointly involving police officers and academic researchers for better understanding of the issues and challenges that the police face in their daily work. Research, Development and Innovation will not only help in the advancement of knowledge in the domain of contemporary Policing, enabling evidence based decision making and practices in policing, but will also help to develop the Science and craft of policing. The Institute will make proactive efforts to push available research evidence into practice through teaching, training and outreach, in close partnership with BPR&D, National Police Academy and other Central and State Police Training Institutions. The Foundation and Institute will work for world-class police training infrastructure and training protocols.