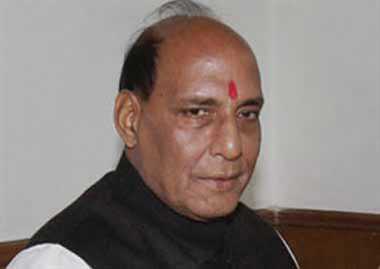 Union Home Minister says that the government will not allow any terrorist organization to get a foothold in India 29 November 2014 .

The Union Home Minister, Shri Rajnath Singh said that the government will not allow any terrorist organization in the world to get foothold in India. The Minister was inaugurating the 49th Annual Conference of Directors General of Police / Inspectors General of Police, in Guwahati today. Certain misguided youth in the country get attracted to organizations like ISIS, but the government is committed to check it, the Minister added.

Shri Rajnath Singh said that the role of our police forces and the intelligence agencies has been crucial in ensuring security to the people of the country. He further said that the men in uniform fill him with a sense of pride and responsibility. The Minister assured to modernize the police and make it people-friendly. He also urged the states to fill up the vacancies in police forces and assured them all possible help. The Minister paid homage to all those brave police personnel who lost their lives in the line of duty and sanctioned Rs. 50 crore for constructing police memorial in the National Capital, Delhi.

Shri Rajnath Singh expressed concern over the ethnic and socio-economic conflicts in the North Eastern region. He also highlighted the lack of development & quality infrastructure in the North East and said that the government is committed to boost infra in the region.

The Union Home Minister mentioned that a terrorist network has been exposed in West Bengal and the State police and National Investigation Agency are playing an important role in exposing the network. The incidents of violence have been reduced in the Left Wing Extremism affected states, he added. The Minister also praised the role of National Disaster Response Force and National Disaster Management Authority in saving precious lives during natural calamities.

The Union Home Minister expressed concern over growing use of cyber space by anti-national & anti-social forces and said that steps should be taken to monitor cyberspace. He also said that our coastal security network is inadequate and it should be strengthened.