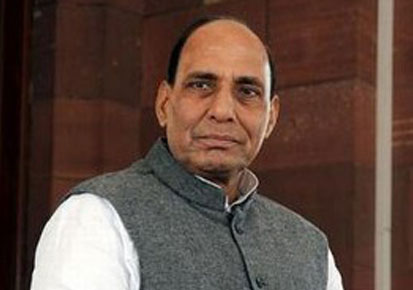 The Union Home Minister Shri Rajnath Singh today visited the rain-hit areas of Uttar Pradesh to assess the crop loss to the farmers. Interacting with farmers in Saharanpur, Badaun and Kanpur districts, Shri Rajnath Singh said he was not visiting the rain-hit areas for the sake of doing politics but that he is really concerned about their problems.

“The Prime Minister is very concerned with the problems being faced by the farmers. We have already decided that those farmers whose 33 per cent crops were damaged, will be given full compensation,” Shri Rajnath Singh said.

Shri Rajnath Singh also asked the state government officials to visit farmers and help them as a humanitarian gesture and do justice to the needy.