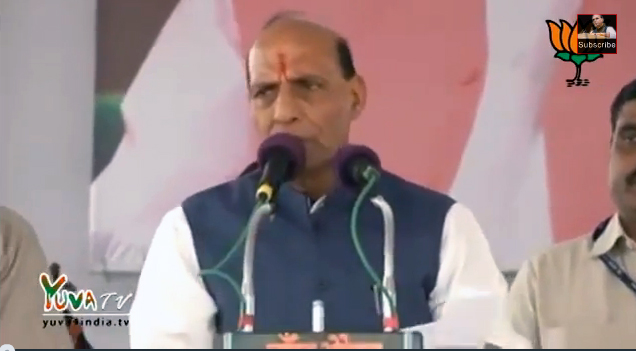 The Union Home Minister, Shri Rajnath Singh met Israeli Prime Minister, Mr. Benjamin Netanyahu in Tel Aviv, on November 06, 2014 in an hour long meeting, during his official visit to Israel. The meeting was held in an extremely cordial atmosphere and fruitful discussions were held on a wide range of issues. The two leaders discussed the regional situation and the evolving threats to the global community from terror. The Union Home Minister said that terror was a threat not only to countries like India and Israel but to the whole world. They reviewed existing cooperation and future possibilities in this area.

The Israeli Prime Minister, Mr. Netanyahu spoke about India and Israel as being two old civilizations, each with a capacity for science and innovation. He said that his uncle, who was a mathematician, always used to tell him that the best mathematicians came from India. The Union Home Minister commended the achievements of Israel and Israeli scientists in different fields and also referred to Indian achievements in science, including the concept of zero, decimals and algebra.

Mr. Netanyahu said that he was greatly impressed by his meeting with Prime Minister, Shri Narendra Modi in New York and believed that relations between the two countries were poised for rapid development.

Shri Rajnath Singh has expressed satisfaction at the growth in bilateral ties in a range of areas, including defence and agriculture. He noted the signing of agreements in the area of homeland security that had opened another area of mutually beneficial cooperation. In this context, he emphasized the importance of capacity building and training. He said that the future emphasis should be to build a hi-tech partnership befitting two leading knowledge economies. Both leaders agreed that the Free Trade Agreement under discussion between the two sides should be signed early.

The Union Home Minister made a special reference to the ‘Make in India’ campaign launched by Prime Minister, Shri Narendra Modi and invited Israeli industry, including in the defence sector, to take advantage of the investment friendly policies adopted by the new government.

The Israeli Prime Minister, Mr. Netanyahu briefed the Home Minister on technologies that had been developed by Israel in areas such as aviation security, border protection and water harvesting. He said Israel was ready and willing to discuss transfer and development of such technologies with India. He said that he agreed with the Indian Prime Minister, Shri Narendra Modi that Israeli industry, including the defence industry, could ‘make in India’ and thereby reduce costs of manufacturing products and systems developed by Israel. He said that a delegation from Israeli industry would be happy to visit India to explore manufacturing opportunities in different sectors. In this context, the Home Minister also mentioned the possibility of together exploring third country markets in Africa and Latin America, where Indian industry has a strong presence.