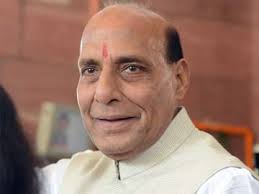 Shri Rajnath Singh, who is also the Chairman of the National Implementation Committee for the Commemoration of the year-long 125th birth anniversary celebrations of Pt. Nehru, said that today he does not see Pt. Nehru in the “political mirror” but would always see him in the “national mirror”.

The Union Home Minister said that there had been immense contributions by Pt. Nehru due to which the country had a vibrant Parliament, an efficient bureaucracy, independent judiciary and fearless press. Shri Rajnath Singh mentioned that even though Pt. Nehru had emphasised on industrialisation, he was all for agriculture as it was the key for the country’s development.

Shri Rajnath Singh said Pt. Nehru was also one of the greatest world leaders of his time and under his bold leadership, the Non-Aligned Movement was initiated. He said that Nehru’s policies on economy and science & technology were commendable. The Union Home Minister said that Pt. Nehru first launched the projects under the public-private partnership which is more relevant today.

Shri Rajnath Singh said it was under the stewardship of Nehru that the country had set up large industries in Bhilai, Rourkela and top academic institutions like IITs and IIMs and nuclear plants. He mentioned that he has no doubt on the intentions of Pt. Nehru though there may be some differences on his policies.