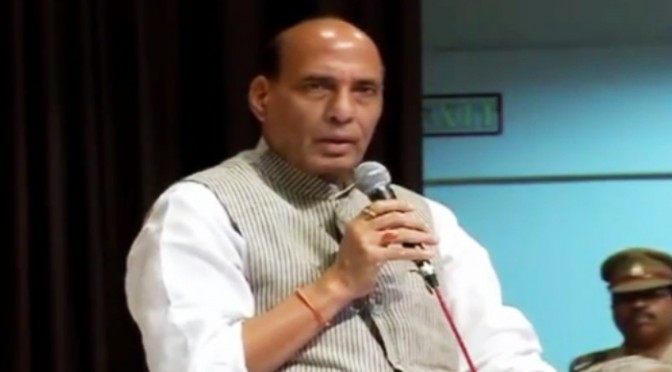 The Union Home Minister, Shri Rajnath Singh met the Constable of Jammu and Kashmir police, Shri Mohd. Salim who was injured during an encounter with terrorists, at AIIMS in New Delhi today. Shri Salim was a part of J&K Police team who participated in the encounter with the Pakistani terrorists in the Panzla forest area in Rafiabad, 85 km from Srinagar on August 27, 2015. The badly injured Constable was admitted to AIIMS for better treatment. Shri Rajnath Singh wished him for a speedy recovery.