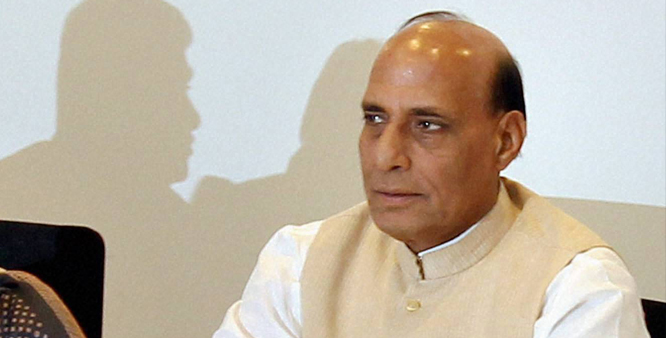 The Union Home Minister, Shri Rajnath Singh held bilateral meetings with Ministers of Japan and Russia during his visit to the 3rd UN World Conference on Disaster Risk Reduction, in Sendai, Japan today.

The Union Home Minister congratulated the Japanese Minister for Disaster Management Ms. Eriko Yamatani for assumption of the Presidency for this Conference, and assured her of India’s support in achieving a forward looking substantive outcomes from the Conference. The Union Home Minister noted the exemplary courage and resilience of the people of Japan and expressed solidarity in their reconstruction efforts after the Great East Japan Earthquake of March 2011. The Japanese Minister Ms. Yamatani acknowledged contribution of the 46-member Indian National Disaster Response Force, which was one of the foreign teams to arrive in Japan after the Great East Japan Earthquake of March 2011. The two Ministers exchanged views on possible bilateral cooperation in the area of disaster management, police training and modernization.

Shri Rajnath singh also met the Russian Minister for Civil Defence, Emergencies and Elimination of Consequences of Natural Disasters, Mr. Puchkov Vladimir Andreyevich. The two ministers exchanged views on enhancing the ongoing cooperation in dealing with emergency situations, natural disasters as well as encouraging greater institutional linkages between research and training institutes in the area of disaster management. The two ministers also discussed possible use for space-based technologies for averting natural disasters and their management.

The Union Home Minister also visited the town of Onagawa, where India’s NDRF team assisted the Japanese authorities in their search and rescue mission from 26 March to 7 April 2011. He was received by the Mayor of Onagawa, Mr. Yoshiaki Suda, who briefed the Minister on the devastation caused by the earthquake and 20 meter high Tsunami. The Mayor expressed appreciation for the contribution of Indian NDRF and called it as an ‘empowering force’.