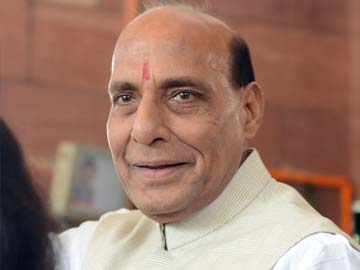 The Ambassador of Nepal in India, Shri Deep Kumar Upadhyay appreciated the timely arrival and the role of NDRF and other assistance by the Indian authorities. He mentioned that Nepal required need-based supply of relief material from India and other countries. The Ambassador further mentioned that Nepal expects India to help Nepal in her rehabilitation and re-construction efforts. He also thanked the Prime Minister, Home Minister and the people of India who promptly extended assistance to Nepal. He expressed his happiness on Indo-Nepal cooperation.

The Union Home Minister stated that he had seen the important role played by NDRF first during Malegaon-landslide incident and subsequently in other rescue operations. Shri Rajnath Singh praised the role of NDRF teams in different operations and mentioned that out of 16 persons rescued, 11 were rescued by NDRF teams. He further added that Indian relief and rescue teams were the first to reach Nepal immediately to join hands with our friendly neighbor in their hour of need.

Earlier, Director General, NDRF, Shri O.P. Singh briefed about the movement and role of NDRF teams in relief and rescue operations in Nepal during the last 10-12 days by 16 composite NDRF teams moved from different locations in India.