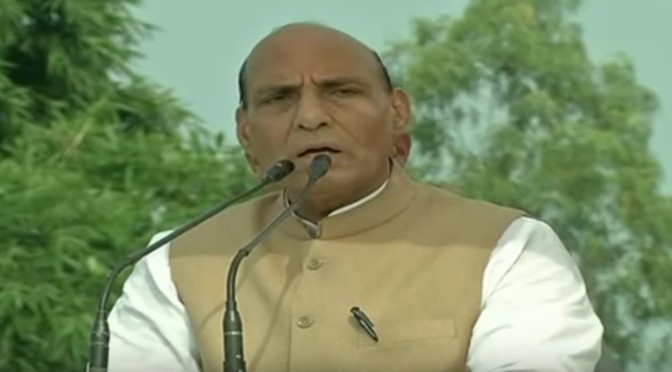 Shri Rajnath Singh has recalled Dr. Syed Ahmed’s long and distinguished public service and as a leading figure of Maharashtra’s political firmament. As a humanist, he was dedicated to working for the uplift of the weakest sections of the society.

The Union Home Minister said that he was saddened to learn of Manipur Governor Shri Syed Ahmed’s demise. He expressed his heartfelt condolence to the bereaved family and prayed for his soul rest in peace.