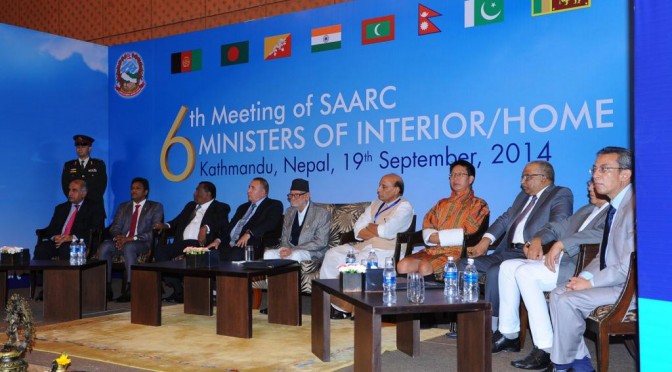 During his meeting, Shri Singh stated that it is evident from the history that India has never followed the policy of expansionism. He further stated that security of Nepal and India are intrinsically linked.

The Home Minister expressed deep appreciation to the contribution of Nepalese citizen in Indian Army. He also stated that there was enormous goodwill for Nepal in India and assured the leadership of Nepal that both the countries will work to achieve peace, stability and prosperity in Nepal.

The Home Minister appreciated the efforts of the Government of Nepal in dealing with trans-border crimes. He underlined the need for more focused effort to control the activities of criminal elements, terrorists and other India’s Insurgent Groups along the Indo- Nepal border.

The Home Minister promised full support to the Government of Nepal for strengthening the capability of the Nepal police and the Armed Police Force.

Shri Rajnath Singh reiterated Indian offer to provide full financial support to set up the National Police Academy of Nepal. The Home Minister expressed  his concern on the growth of religious fundamentalism in the border areas.

The Home Minister of Nepal, Shri Bamdev Gautam informed that several steps have already been taken to check cross-border crimes. He assured full cooperation to India. He further stated that he will ensure that there is no security threat to India due to Nepal.

Shri Rajnath Singh underlined a need for construction of missing border pillars and expressed the hope that the Surveyor Generals of both the countries who are meeting in Kathmandu will reach consensus on disputed areas.

India suggested that need assessment team for disaster management should be set up in both the countries.