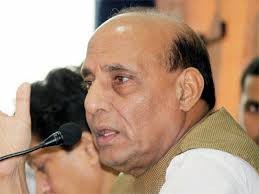 Union Home Minister Shri Rajnath Singh has approved the providing of three acres of land on lease to the Kendriya Vidyalayas by the Border Security Force (BSF) each at Sunderbani (J&K), Chakur (Maharashtra) and Aradhpur (West Bengal).

Shri Rajnath Singh has approved the transfer of three acre land on lease basis to each of the above mentioned three Kendriya Vidyalayas so that the children of the BSF personnel can get better facilities in their schools.