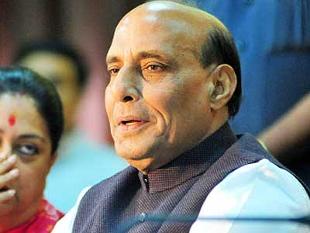 Union Home Minister Shri Rajnath Singh has approved certain concessions for the West Pakistan Refugees (WPRs) settled in the State of Jammu and Kashmir after considering the problems being faced by them. He has directed the Heads of all Central Armed Police Forces (CAPFs) that such WPRs from J&K, who are Indian citizens and have valid Voter IDs, be considered for recruitment in the forces, including the special recruitment drives conducted in the State.

As of now, WPRs face difficulty to fulfil documentary evidence of residency in support of their applications as the CAPFs recruitment rules seek furnishing of Domicile Certificate (DC) from the candidates while the State Government issues only Voter ID with Non-Permanent Residency (NPR) status to such Indian nationals.

The Union Home Minister has also written to the Defence Minister Shri Manohar Parrikar that similar concessions, like waiving off the condition of producing DC and other Identity Certificate, may be permitted in the recruitment to the Armed Forces.

Shri Rajnath Singh has also written a letter to the State Government of J&K to resume issuing the DC to WPRs settled in the State so as to enable such people avail equal employment opportunities.