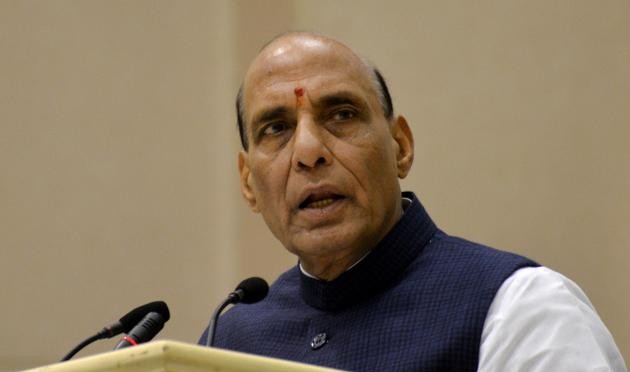 The Union Home Minister, Shri Rajnath Singh has said that he gets emotional when he meet the family members of soldiers who lost their lives while delivering their duties in Paramilitary Forces. He was addressing the 13th Border Security Force (BSF) Investiture Ceremony, here today. On this occasion, Shri Rajnath Singh has decorated 05 BSF Men with Police Medals for Gallantry, and 25 BSF Officers and Men with Police Medals for Meritorious Service. The BSF Investiture Ceremony is celebrated on 22nd May every year in remembrance of its founding father Khusro Faramurz Rustamji (K F Rustamji) who was born on this day in the year 1916.

While addressing, the Union Home Minister has said that a person is recognized not by his position but with the work he has done. BSF is not only a first line of defence, but also a first ‘wall’ of defence, he added. Shri Rajnath Singh said that forces get the sense of sacrifice when they have sense of National pride. BSF is one such force where the soldiers feel the Border Outpost is a home away from home.

Shri Rajnath Singh has said that there is a need to improve the infrastructure facilities at the Borders and the Government is putting efforts in this regard. The Government is considering taking up improving facilities like Fencing, Floodlighting in the border areas, he added.