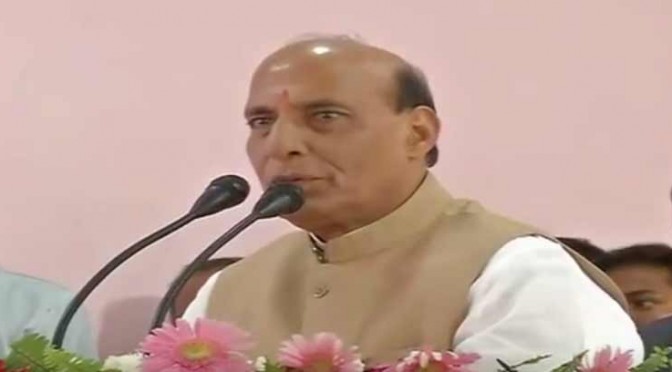 Lauding Shri Kiren Rijiju upon being conferred as the Asia Champion for DRR, Union Home Minister Shri Rajnath Singh said that the constant efforts of Shri Kiren Rijiju in the field of Disaster Management have resulted into recognition of India as DRR regional Champion by the United Nations.

Accepting the honour, Shri Rijiju acknowledged the important role of the visionary leadership of our Prime Minister Shri Narendra Modi in the field of Disaster Management and the personal guidance of our Home Minister Shri Rajnath Singh in the ascension of India as the leader in the Disaster Risk Reduction.

“This recognition is an onerous responsibility on India and in my personal capacity to make India, Asia-Pacific and the world as a whole safer and better prepared to deal with any disaster,” said Shri Rijiju.

Shri Rijiju is the first regional champion for DRR after the Sendai Agreement, giving an impetus to Government of India’s efforts to facilitate regional support towards enabling community resilience in the Asia-Pacific region. Shri Rijiju also happens to be first Indian to be conferred with this honour.

The function was attended by Ministers from Afghanistan, China, Indonesia, Japan, Mongolia, South Korea and Thailand, delegates from various countries and international organizations.