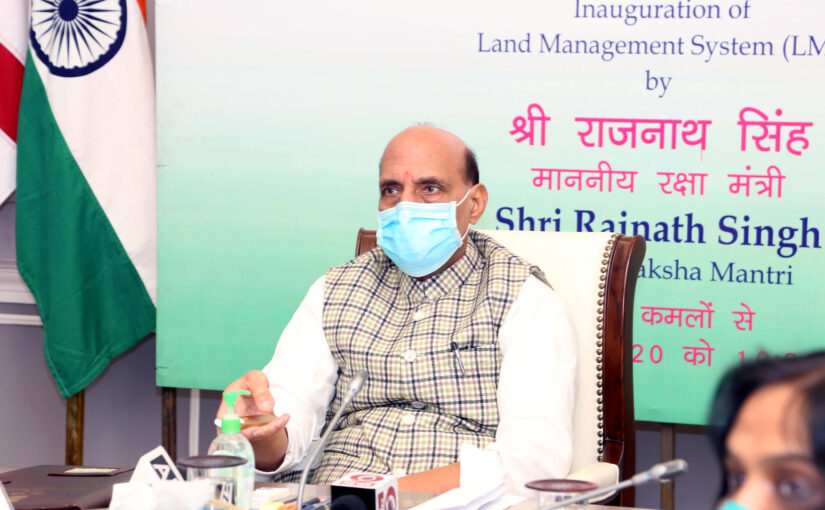 As part of efforts to improve the overall management of defence land, for the first time, a Land Management System (LMS) has been developed by the Department of Defence in conjunction with DGDE and Armed forces. The portal was formally launched by Shri Rajnath Singh, Hon’ble Raksha Mantri today in presence of officials from Indian Army, DGDE and Department of Defence. The Intranet portal shall digitize all requests of defence land management received by the Department in future. It is also in process of progressively capturing archival data into the system. All data for cases since 2016 have already been captured and are available in the portal. Progressively, data of prior period will also be entered in the portal which is meant only for departmental use and it is not open for the public.

The portal is expected to bring in greater speed, transparency and efficiency into the      Land Management System (LMS) of the Department. With the integration of GIS-based tool, it will improve the decision-making process by removing duplication/unnecessary communication between various stakeholder groups involved in the decision-making process.

The technical support for this GIS-based system has been provided by BISAG, India’s premier organization in GIS-based informatics. The software, apart from capturing the textual details of all proposals relating to defence management, integrates these textual details with Raksha Bhoomi software as well as other relevant GIS-layers which include satellite imagery of the area, other amenities etc.