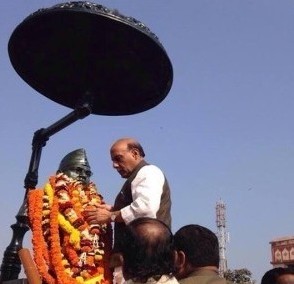 The mystery behind Netaji’s death should be unveiled: Rajnath Singh 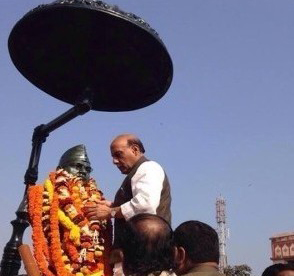 Today on the 117th birth anniversary of Netaji Subhash Chandra Bose Shri Rajnath Singh visited the birthplace of Netaji at Odia Bazar in Cuttack and paid tributes to one of the greatest heroes in the history of India’s freedom struggle.

BJP National President Shri Rajnath Singh talked to media and expressed that Union government should let the people know the truth about the mystery behind his death .He said that Netaji’s death is still a mystery for most of us. The entire country is eager to know as to how Netaji died and under what circumstances. The mystery behind his death should be unveiled by the Union government to let the people know the truth.