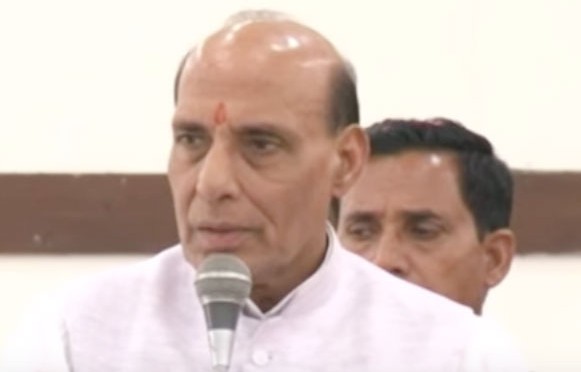 ‘Swadeshi’ is important even in the modern era of globalization – Rajnath Singh September 5, 2015 .

The Union Home Minister, Shri Rajnath Singh has said that in the modern era of globalisation ‘Swadeshi’ is still important as imitation of foreign economic model could not put the country in the forefront. While speaking on the occasion of the inauguration of the Ved Prakash Goyal Room in the Indian Merchants’ Chamber Suresh Kotak Alternate Dispute Resolution (ADR) Centre, in Mumbai today, he appealed the members not to ignore the Swadeshi concept. There is no shortage of resources in the country and perhaps it is this concept which would transform India into a developed country, he added.

Shri Rajnath Singh also said that due to the fair and transparent policies of the present NDA government crony capitalism is eliminated from the country. This has not only increased the revenue earnings of the government but also helped in building a clean image. He further said that to promote the co-operative federalism this government has increased the revenue share of the states by 10% and this is a record in itself.

India has all potentials to be a Jagat Guru (World Leader) as it has all the fundamentals present within, he said. Although there is trouble creators in the neighborhood India has not deviated from the peace path and maintained it traditional stand of Vasudhaiv Kutumbakam (The world is like a family).