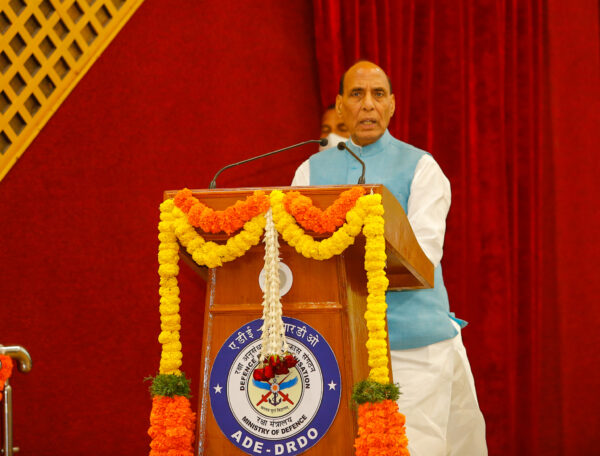 Raksha Mantri Shri Rajnath Singh inaugurated a seven-storeyed Flight Control System (FCS) Integration facility at Aeronautical Development Establishment (ADE), a laboratory of Defence Research and Development Organisation (DRDO) in Bengaluru, Karnataka on March 17, 2022. The state-of-the-art complex has been constructed in record 45 days, with in-house hybrid technology consisting of conventional, pre-engineered and precast methodology. The technology has been developed by DRDO with the help of M/s Larsen & Toubro (L&T). Design check and technical support has been provided by the teams of IIT Madras and IIT Roorkee.

This FCS facility will support Research & Development (R&D) activities for developing Avionics for Fighter Aircraft and FCS for Advanced Medium Combat Aircraft being undertaken by ADE, Bengaluru. The Raksha Mantri said it is a unique project not just in the country but in the entire world and is an embodiment of the new energy of New India. “This energy is of technology, commitment, institutional collaboration among public sector, private sector & academia and above all of ‘Aatmanirbhar Bharat’ as envisioned by Prime Minister Shri Narendra Modi,” he said, exuding confidence that the facility will go a long way in bolstering national security. The complex will also provide simulator training to the pilots of combat aircraft. Shri Rajnath Singh described it as one of the most important components of the complex. The simulators provide an opportunity to learn by making mistakes without the possibility of any kinds of losses, he stated.

Commending DRDO and L&T for developing the hybrid technology, the Raksha Mantri expressed confidence that it will increase the productivity of the construction process; promote optimum utilisation of resources; reduce losses due to wastage and will be helpful in speedy completion of projects. He described the hybrid technology as an important milestone for the construction sector and hoped that in the coming times, India will become one of the leading countries in the field of construction technology.

Shri Rajnath Singh reiterated the government’s resolve to walk the extra mile to support the Armed Forces, scientists, entrepreneurs, academicians, students, farmers & the people at large in their quest for excellence and a happier & prosperous future. “Economic, political and strategic equations are changing all over the world and major world powers are in a tussle. Our defence needs have also increased and constant modernisation of the Armed Forces is the need of the hour. Keeping ourselves ready is our top priority and we are constantly working to enhance our strategic capabilities. Be it technology or products, services or facilities, their advanced and fasterdevelopment is the need for the hour,” he said, lauding DRDO for playing a crucial role in strengthening national security. 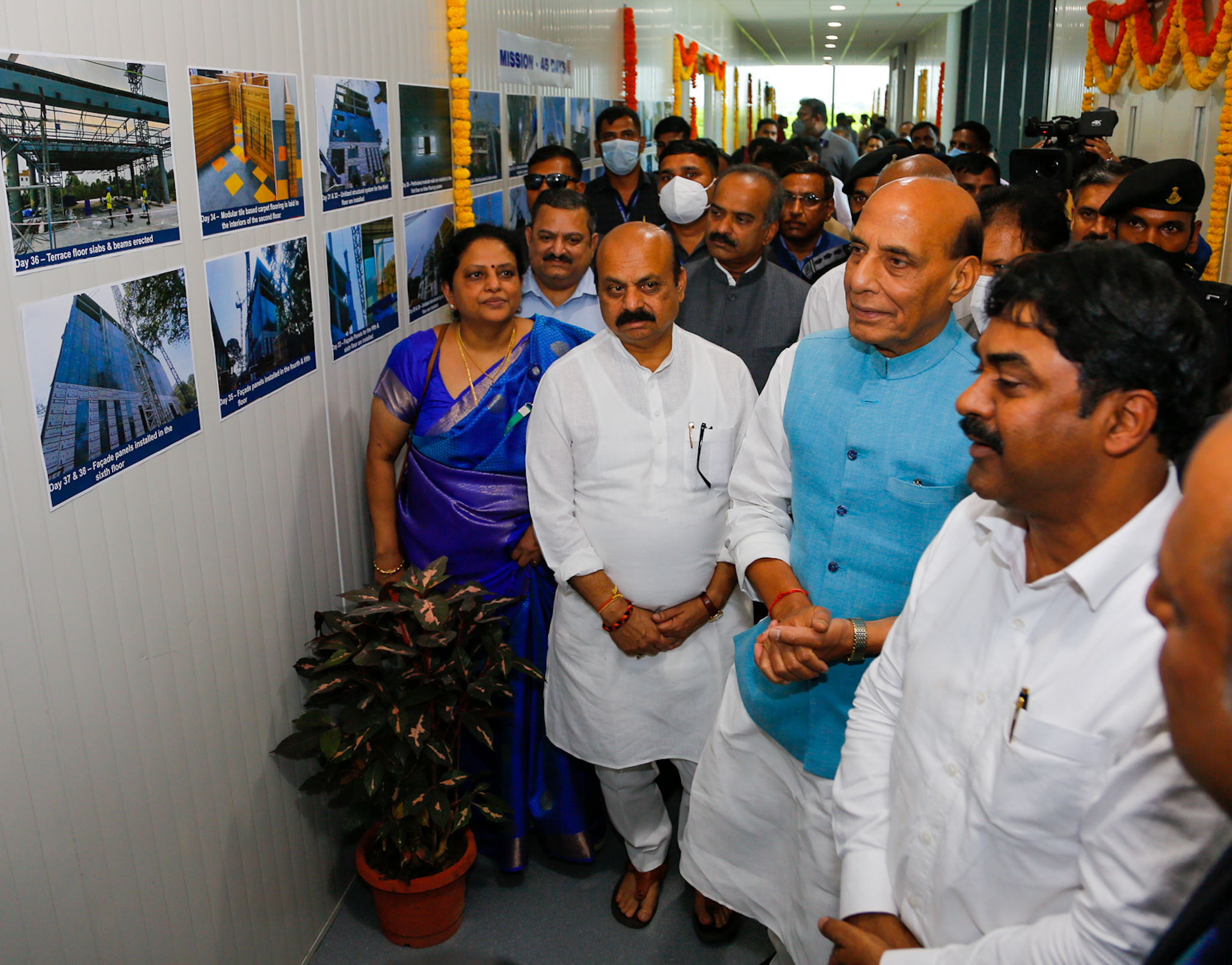 The Raksha Mantri expressed hope that although the mandate of DRDO is to develop futuristic technologies, its spin-off benefits will be available to the civilian sector as well. “Our traditional construction industry is generally considered to be labour intensive, high risk and low on productivity. But, the way DRDO has constructed the FCS complex through hybrid technology, our infrastructure projects will be completed in a low cost and time-bound mannerin the timesto come,” he said. Shri Rajnath Singh called upon DRDO to continue exploring new possibilities in construction technology and contribute to nation building through new innovations.

The FCS facility is a building with the plinth area of 1.3 lakh square feet.The construction has been completed in 45 days, setting a unique record of completing a permanent building of seven stories with hybrid construction technology for the first time in the history of construction industry in the country.In Hybrid Construction Technology, the column and beam elements of the structural frame are built with steel plates. The column is of hollow steel tubular section. These columns are concrete filled steel hollow cross sections. The slabs are partially precast and all these structural members are assembled at site. Concreting is done simultaneously to make the structure monolithically cast thus eliminating any dry joints as in case of precast construction. In this case of concrete-filled hollow sections, the steel provides a permanent framework to the concrete core which reduces the time and effort drastically as compared to conventional construction. The building is also provided with VRF air-conditioning system along with electrical system and fire protection as per the standard National building code. All structural design norms have been adhered to.

Karnataka Chief Minister Shri Basavaraj Bommai, Secretary Department of Defence, R&D and Chairman DRDO Dr G Satheesh Reddy and other senior officers of DRDO and state government were among those present during the inauguration.