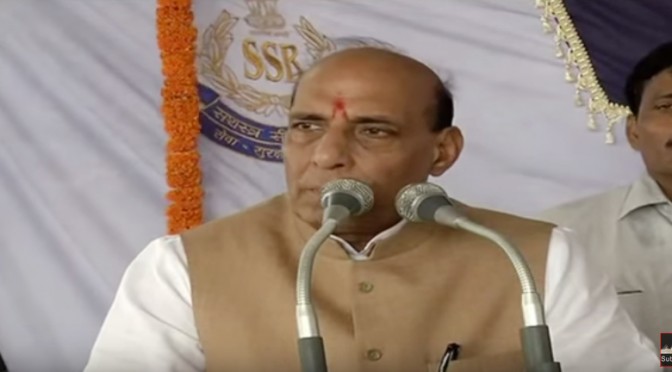 The Union Home Minister Shri Rajnath Singh has said that Human Trafficking is a very sensitive and serious issue. Terming it as a borderless organised crime, he said that India alone is not a victim of human trafficking as it is a global phenomena. Citing a recent report of the UN Office on Drugs and Crime, Shri Rajnath Singh said the figures on South Asia are startling with more than 1.5 lakh people reported as victims in a single year. He said it is shocking that young girls are sexually exploited, children are subjected to amputation, people are sold like cattle stock and bonded labour is still rampant.

Mentioning that no civilized society can bear such inhuman practices, Shri Rajnath Singh said that the Ministry of Home Affairs (MHA) has put in place an effective mechanism and some remarkable achievements have been made to check this menace. He said the MHA is working on a revised scheme to strengthen the Anti-Human Trafficking Units (AHTUs) with the cooperation of the various State Governments. Underlining the role of various stakeholders including the NGOs especially in the rehabilitation of rescued victims, Shri Rajnath Singh said it is equally essential to have a nodal coordinating agency for the purpose and the Crime and Criminal Tracking Network & Systems (CCTNS) project will also prepare a database on criminals engaged in human trafficking.

The Union Home Minister said India has recently signed an MoU with Bangladesh to check human trafficking and share information on perpetrating agencies or individuals. Shri Rajnath Singh hoped a similar agreement could be signed with Nepal.

On the occasion, the Union Home Minister gave away awards to the top performers of Operation Smile from States and Union Territories. Secretary, Ministry of Women and Child Development (MWCD), Shri V. Somasundaram, Director CBI, Shri Anil Kumar Sinha and senior officials of MHA and MWCD were present.