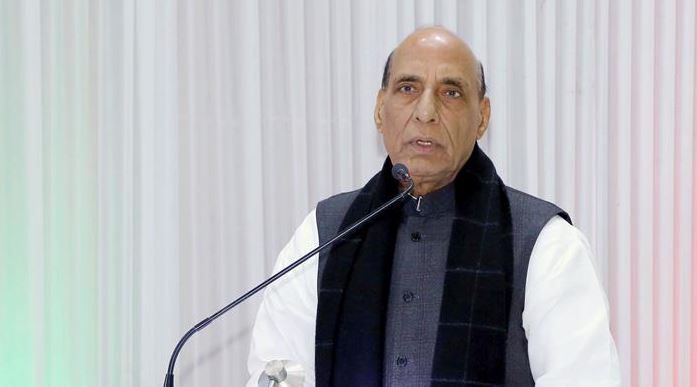 ·         Benefits of emerging cutting-edge technologies must be shared with all

“Our Armed Forces have time and again demonstrated that they care for and stand by the country’s partners in times of need without distinguishing between natural or man-made disasters,” said Raksha Mantri Shri Rajnath Singh while virtually inaugurating the 5th World Congress on Disaster Management on November 24, 2021. He reiterated India’s vision for the Indian Ocean encapsulated by the concept of SAGAR (Security and Growth for All in the Region) as articulated by Prime Minister Shri Narendra Modi. The Raksha Mantri underlined that SAGAR has both distinct and inter-related elements such as deepening economic and security cooperation among the littoral states; enhancing capacities to safeguard land and maritime territories; working towards sustainable regional development; Blue Economy and promoting collective action to deal with non-traditional threats like natural disasters, piracy and terrorism.

Shri Rajnath Singh maintained that while each of these elements requires equal attention, developing an effective response mechanism to address humanitarian crises and natural disasters is one of the most important pillars of SAGAR. India’s engagement with the world and especially the Indian Ocean Region (IOR) has been robustly strong, he said, lauding the Armed Forces for being the first responders in the region for Humanitarian Aid and Disaster Relief (HADR) operations. He said, India’s unique position in the IOR, complemented by a capability of the Armed Forces, enables it to contribute significantly in HADR situations.

The Raksha Mantri made special mention of some notable HADR missions in the IOR undertaken by India in recent years, including Operation Rahat in Yemen in 2015 when India rescued and evacuated over 6,700 persons, including over 1,940 citizens of more than 40 other countries; cyclone in Sri Lanka in 2016; earthquake in Indonesia in 2019; Cyclone Idai in Mozambique and flooding and landslides in Madagascar in January 2020 where Indian assistance was promptly provided. He added that the COVID-19 pandemic has not dented India’s commitment, which was demonstrated by India’s response during the Oil Spill in Mauritius in August 2020 and Oil tanker fire in Sri Lanka in September 2020.

India taking lead and offering expertise of Disaster Resilient Infrastructure (DRI) to its friendly countries was also highlighted by Shri Rajnath Singh. “Coalition for Disaster Resilient Infrastructure (CDRI) was first proposed by India during the 2016 Asian Ministerial Conference on Disaster Risk Reduction held in New Delhi. It is today an international coalition of countries, United Nations (UN) agencies, multilateral development banks, the private sector and academic institutions, that aim to promote disaster-resilient infrastructure,” he said. The Raksha Mantri added that India has been regularly conducting exercises to deepen the HADR co-operation and co-ordination with its neighbours and friendly countries with a focus on sharing expertise and building capabilities.

The Raksha Mantri shared his views on the challenging geo-political landscape and the traditional and non-traditional threats including natural calamities like COVID-19 faced by the world. He said, to deal with the pandemic, India has developed a large capacity for production of COVID-19 vaccines and is extending help to many countries. He emphasised on the need for a collective solution to deal with global challenges in the post-pandemic world. He said, the pandemic has reaffirmed the centrality of multilateralism in the interconnected world for matters not only related to international security but also disaster management.

Shri Rajnath Singh also spoke about the emerging cutting-edge technologies in the fields of space, communication, bio-engineering, bio-medics and artificial intelligence. He said, these include precision tools and sensors which can revolutionise the way the risks of disasters are assessed and communicated through early warning. He also shed light on the smart technologies for post disaster recovery and reconstructions. The Raksha Mantri stressed on sharing the benefits of these technologies with all along with funding initiatives for capacity development for better application and use of these technologies.

The Raksha Mantri called for cooperating more closely to strengthen international architecture for building structures to prevent and manage future disasters. He also suggested a comprehensive assessment of the impact of the pandemic on the implementation of 2030 Sustainable Development Goals, emphasising on the need to incorporate new ideas in global and national strategies for the implementation of the goals.

The 5th World Congress on Disaster Management (WCDM) is being organised in New Delhi between November 24-27, 2021 at the campus of IIT Delhi on the overarching theme of ‘Technology, Finance and Capacity for Building Resilience to Disasters in the context of COVID-19’. It is an initiative of Disaster Management Initiatives and Convergence Society (DMICS) having its headquarter in Hyderabad to bring researchers, policy makers and practitioners from around the world on the same platform to discuss various challenging issues of disaster risk management. The aim is to promote interaction of science, policy and practices to enhance understanding of risks and advance actions for reducing risks and building resilience to disasters.