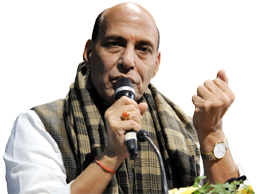 Flagging Women’s Safety as another major concern, Shri Rajnath Singh said that the Centre has also asked all state governments to constitute Investigative Units on Crimes against Women which will investigate crimes like rape. Lauding Delhi Police for coming out with innovative technological solutions like ‘Himmat,’ he said that Himmat is an effective application launched by the Delhi Police to provide women security in Delhi.

Delving upon the security of minorities, the Union Home Minister said that the Centre has recently constituted a Special Investigation Team (SIT) to probe into the `1984 riots`. Shri Rajnath Singh said that he was confident that now justice would be done to those affected by these riots.

Laying stress on adoption of modern technology for effective policing in the 21st century, the Union Home Minister said that the new procedure for issuing the Police Clearance Certificate (PCC) is a step towards that direction. He said that the Delhi Police should take lead to realise the Prime Minister’s dream of `SMART Police` (S-Sensitive and Strict; M-Modern with mobility; A- Alert and Accountable; R- Reliable and Responsive; T- Trained and Techno-savvy).

Shri Rajnath Singh said, “I am aware of the challenges facing Delhi Police; providing security to a diverse city like Delhi is extremely difficult task.” “In spite of all these challenges Delhi Police`s performance has been excellent,” he added.