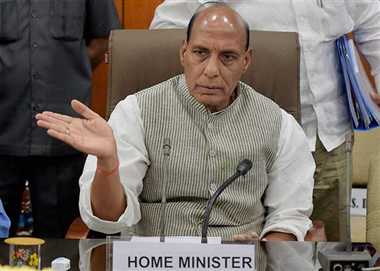 On 31st October a large number of people, particularly the youth and school children, are expected to participate in the ‘Run for Unity’ to be organised across major cities spread all over the country by the Government as part of scores of programmes to mark the birth anniversary of Sardar Vallabhbhai Patel. The event to be held in all major cities, district towns and other places in rural areas is expected to draw all sections of society, particularly youth from colleges, National Cadet Corps (NCC), National Service Scheme (NSS), etc. In the National capital, the ‘Run for Unity’ will be organized from Vijay Chowk to India Gate on Rajpath at 0830 hrs.

Union Home Minister Shri Rajnath Singh said the birth anniversary of Sardar Patel will provide all of us an opportunity to reaffirm the inherent strength and resilience of our nation to withstand the actual and potential threats to the unity, integrity and security of our country. He appealed the people to participate enthusiastically in the programmes in large numbers to pay rich tribute to our real national hero.

Shri Rajnath Singh said the ‘Run for Unity’ is part of the elaborate celebrations planned by the Government to observe the birth anniversary of Sardar Vallabhbhai Patel as the ‘Rashtriya Ekta Diwas’ (National Unity Day) on 31st October every year, to pay tributes to the efforts made by Patel to unite India. In this regard, a function to pay floral tribute to Sardar Vallabhbhai Patel will be held at Patel Chowk, Parliament Street, New Delhi at 0800 hrs.

The Government has also decided to hold other programmes to mark the occasion. Pledge taking ceremony will be organized in all the Government offices, Public Sector Undertakings and other Public institutions to observe the Rashtriya Ekta Diwas. The pledge timings will be decided by the concerned organization.

In the evening a ‘March-Past’ by the Police, the Central Armed Police Forces and other organizations like the NCC, NSS, Scouts and Guides, Home Guards, etc will be held on the streets of major cities and district towns. The personnel will also take pledge. March past will be at 1600 hrs.