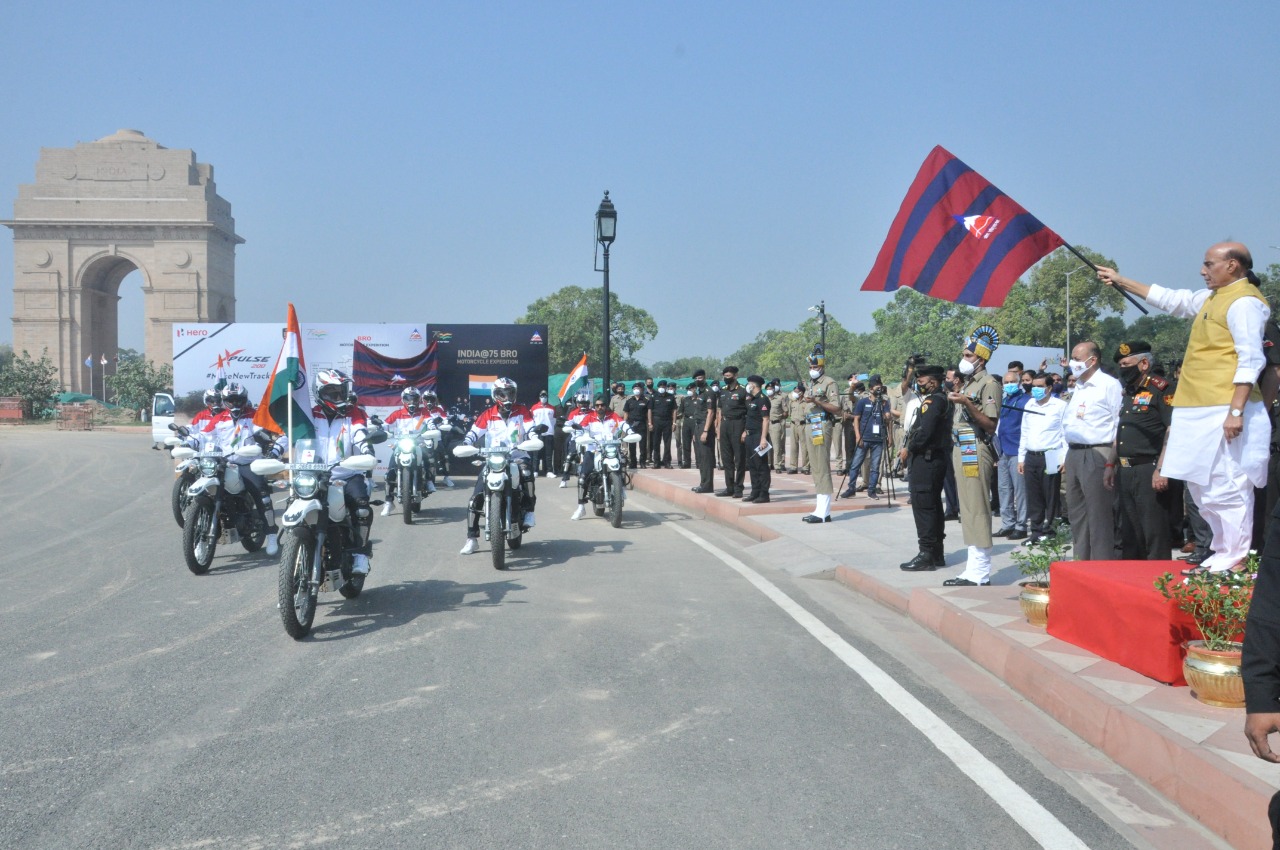 Raksha Mantri Shri Rajnath Singh presided over breakthrough blast of main tube of Sela Tunnel via video conferencing and flagged-off ‘India @75 Motorcycle Expedition’ at an event organised by Border Roads Organisation (BRO) in New Delhi on October 14, 2021. In his address, Shri Rajnath Singh said that the Sela Tunnel, located in West Kameng district of Arunachal Pradesh, will play a crucial role in bolstering national security and ensuring socio-economic development of the region.

Perched at an altitude of 13,800 ft, Sela pass on the 317 km long Balipara-Charduar-Tawang (BCT) road connects West Kameng, East Kameng and Tawang districts of Arunachal Pradesh to the rest of the country. It reduces travel time and provides all weather connectivity to Tawang.

In his address, Shri Rajnath Singh commended BRO for making significant contribution to the progress of the Nation by constructing of roads, bridges, tunnels & airfields at record altitudes under extreme weather conditions and making remote areas visible on connectivity maps. He said the efforts of BRO to strengthen border infrastructure have enhanced the operational readiness of the Armed Forces, encouraged tourism in far-flung areas and generated employment for local population. This state-of-the-art tunnel will prove to be a lifeline for not just Tawang but the entire state, he added.

The Raksha Mantri made special mention of the construction of Atal Tunnel, Rohtang, which is world’s longest highway tunnel at 10,000 feet and Umlingla Pass, the highest motorable pass in the world at 19,300 feet in Eastern Ladakh. He said, these recent achievements of BRO have become a subject of study for the whole world.

Referring to the second event of the day organized by the BRO, Shri Rajnath Singh described the ‘India @75 BRO Motorcycle Expedition’ as a fitting tribute to the soldiers who sacrificed their lives in the service of the nation. The expedition is part of ‘Azadi Ka Amrit Mahotsav’ which is being celebrated across the country to commemorate 75 years of Independence. Seventy five riders from BRO, including Indian Army and General Reserve Engineer Force personnel, will cover approximately 20,000 kilometres over the next 75 days. The personnel will interact with local people, school children, Gallantry award winners, Ex-Servicemen and Veer Naris; conduct medical camps and raise awareness on Swachh Bharat Abhiyan and road safety.

The Raksha Mantri hoped that the expedition will instill the message of national integration and nation building among people especially the youth. He stressed that besides adventure, such activities have an important aspect of defence and security. “We can gather additional information about border security and its challenges through such campaigns. Our Army has given a lot of encouragement to such activities and it has helped them to gather information related to security,” he said.

Shri Rajnath Singh called for reaching out to general public for promotion of such activities, emphasising that these can play a big role in encouraging tourism, generating employment and strengthening local economy. He assured all possible cooperation of the Government to achieve this objective. He urged BRO to document their experiences which, he stressed, would be preserved as part of ‘Azadi Ka Amrit Mahotsav’ celebrations archive for future generations.

It may be recalled that Prime Minister Shri Narendra Modi had in 2019 laid the foundation stone of the Sela Tunnel project to provide all weather connectivity to Tawang through the Balipara-Charduar-Tawang Road. The breakthrough blast of the main tube of the tunnel marks the end of its excavation. Work on the 980-metre long second tunnel of the project has already crossed the 700-metre mark.

Upon completion, the over 1.5 kilometre tunnel will be one of the longest bi-lane road tunnels in the world at an altitude above 13,800 feet. This unique tunnel constructed using the latest New Austrian Tunneling Method is much below the snow line allowing all weather travel without the challenges of snow clearance. It will prove to be a boon for the people of Tawang as it will reduce travel time and ensure speedier movement across the Sela Pass.

On the other hand, the seven-legged ‘India @75 Motorcycle Expedition’ will traverse through the length and breadth of the country for the next 75 days. From India Gate, it will advance to the Northern High Altitude areas crossing strategic passes Rohtang, Khardung La and Umling La. The second leg will see the team travel from Srinagar to Siliguri. In the third and fourth legs, from Siliguri to Doom Dooma via Gangtok, the expedition will progress through the North-Eastern states before reaching Kolkata. In the fifth and sixth legs, the expedition will travel through the Eastern, Southern and Western coastal areas of the country. In the last leg, the expedition, passing through the deserts, the team will reach New Delhi on December 27, 2021. The expedition is co-sponsored by Hero MotoCorp and Bharat Petroleum Limited. They are providing adventure motorcycles, protective gears, jackets, fast-moving spares and technical & logistical assistance. 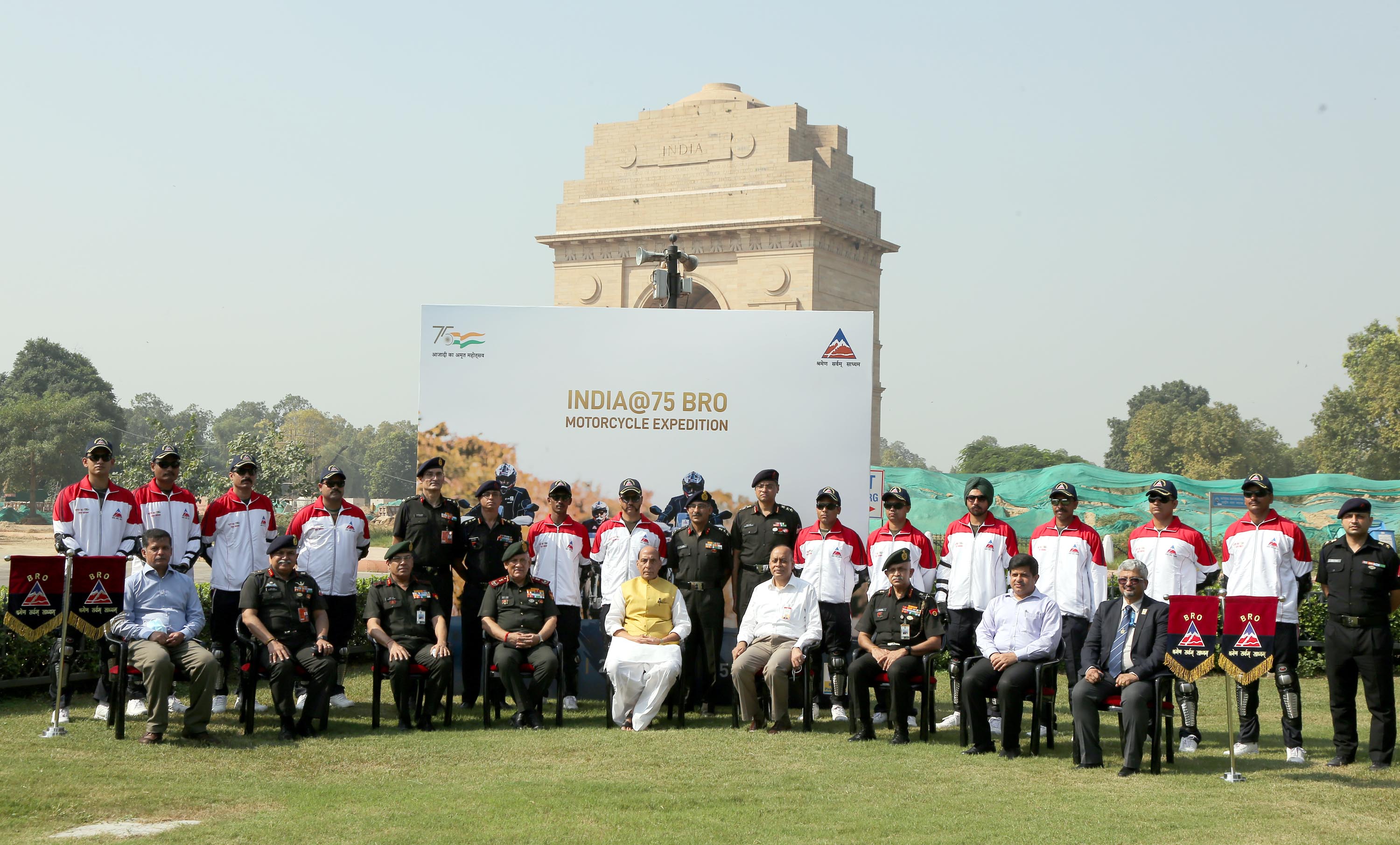 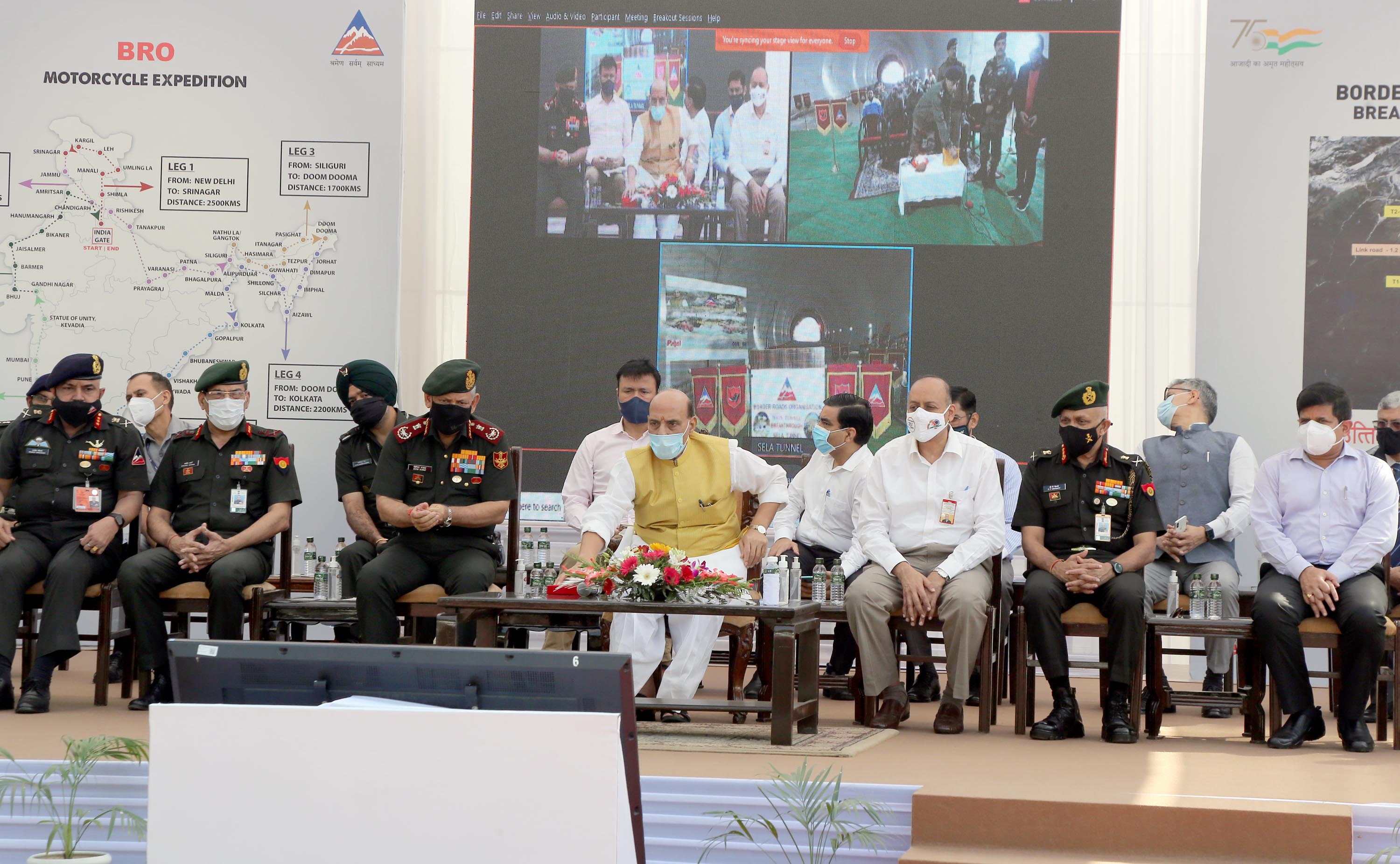