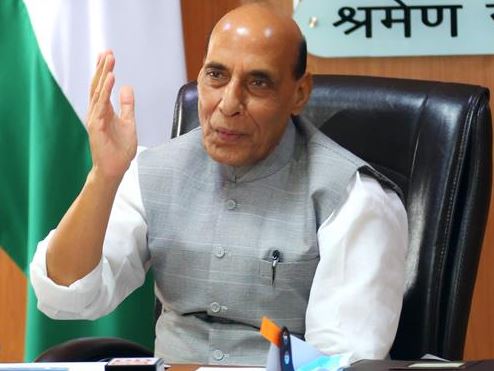 Raksha Mantri Shri Rajnath Singh had a telephonic conversation with Australian Minister for Defence Mr Peter Dutton on June 01, 2021. During their interaction, both Ministers reviewed the defence cooperation between the two countries in the backdrop of the current regional situation.Both Ministers acknowledged the momentum that defence cooperation between India and Australia has achieved following the upgradation of the partnership to a Comprehensive Strategic Partnership in Jun 2020. The participation of Australia in Exercise MALABAR has been an important milestone in this enhanced partnership.

Shri Rajnath Singh thanked Australia for their assistance to India in fight against COVID-19.