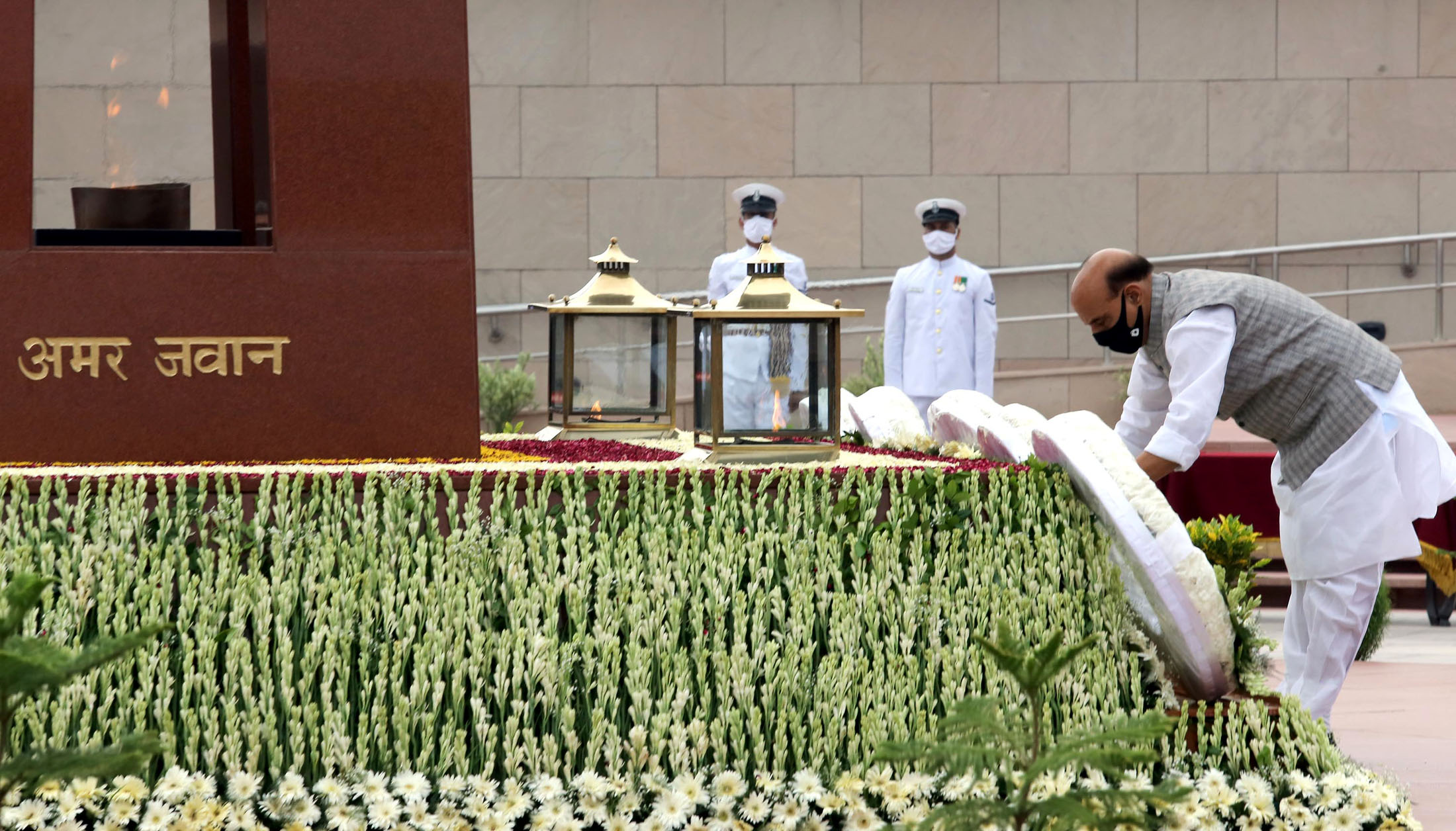 Raksha Mantri Shri Rajnath Singh paid homage to the fallen heroes on the 22nd anniversary of Kargil Vijay Diwas at the National War Memorial in New Delhi on July 26, 2021. The Raksha Mantri laid wreath in the honour of the bravehearts who made the supreme sacrifice in the service of the nation during India’s victory in ‘Operation Vijay’ in 1999, also known as Kargil conflict. 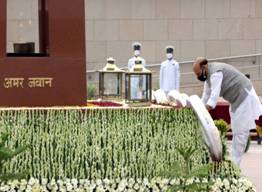 In his message in the visitors’ book at the National War Memorial, Shri Rajnath Singh recalled the valour of the bravehearts of the Kargil conflict, saying that nation will never forget the sacrifice made by the gallant heroes of Indian Armed Forces. He added that the grateful nation will always be indebted to their courage and continue to follow their ideals. 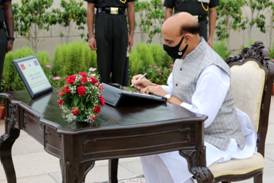 In a tweet, the Raksha Mantri said the supreme sacrifice of the brave soldiers will inspire the generations to come.

Shri Rajnath Singh also shared a video message on Twitter in which he saluted the valour and sacrifice of the brave Indian soldiers.

During the Kargil conflict, the gallant soldiers of the Indian Army, with the help of the Indian Air Force, overcame insurmountable odds, hostile terrain and inclement weather to win against the enemy that had occupied dominating heights. On this momentous occasion, the proud nation is celebrating the victory by remembering the fallen heroes through various events across the country.