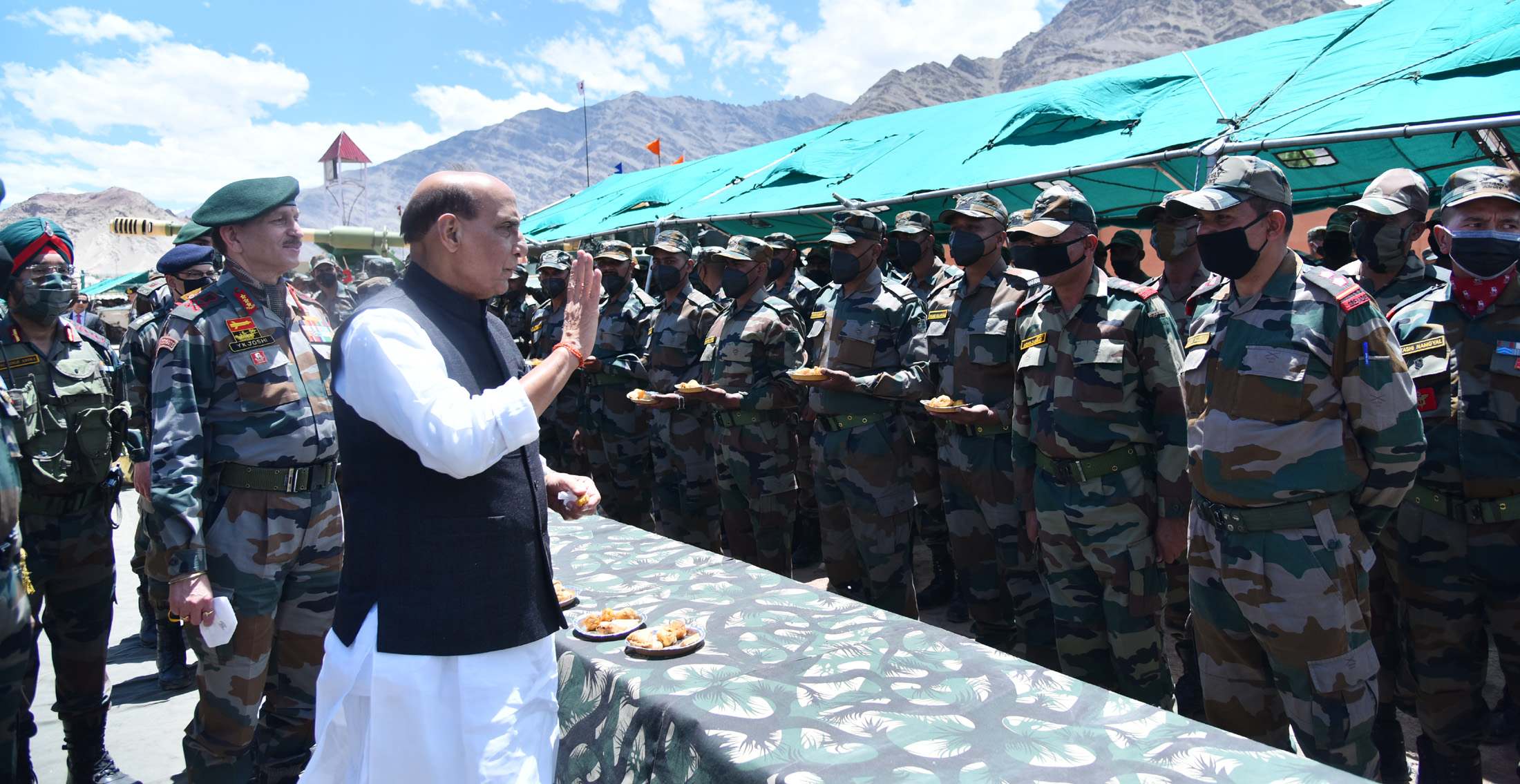 Raksha Mantri Shri Rajnath Singh interacted with the officers and jawans of Indian Army’s 14 Corps at Karu Military Station in Ladakh on June 28, 2021. In his address, Shri Rajnath Singh paid rich tributes to the brave jawans who laid down their lives in the service of the nation during the Galwan Valley incident in 2020, saying that the country will never forget their supreme sacrifice. He lauded the exemplary courage displayed by the Indian Army during the incident and stated that the nation is proud of its Armed Forces.

Shri Rajnath Singh stated that India is a peace-loving nation that never resorts to any kind of aggression, but at the same time, it is always prepared to give a befitting reply if provoked. He reiterated Government’s stand of resolving disputes through dialogue with neighbouring countries but assured the nation that the safety and security of the nation will not be compromised at any cost. He assured all possible support to the Armed Forces, reaffirming the vision of the Government, under the leadership of Prime Minister Shri Narendra Modi, of a strong military that is capable of dealing with every eventuality.

The Raksha Mantri also commended the 14th Corps for their invaluable contribution during the 1965 Indo-Pak War as well as the 1999 Kargil war.

General Officer-Commanding-in-Chief, Northern Command Lt Gen YK Joshi and General Officer Commanding of the 14 Corps Lt Gen PGK Menon were among those present on the occasion.