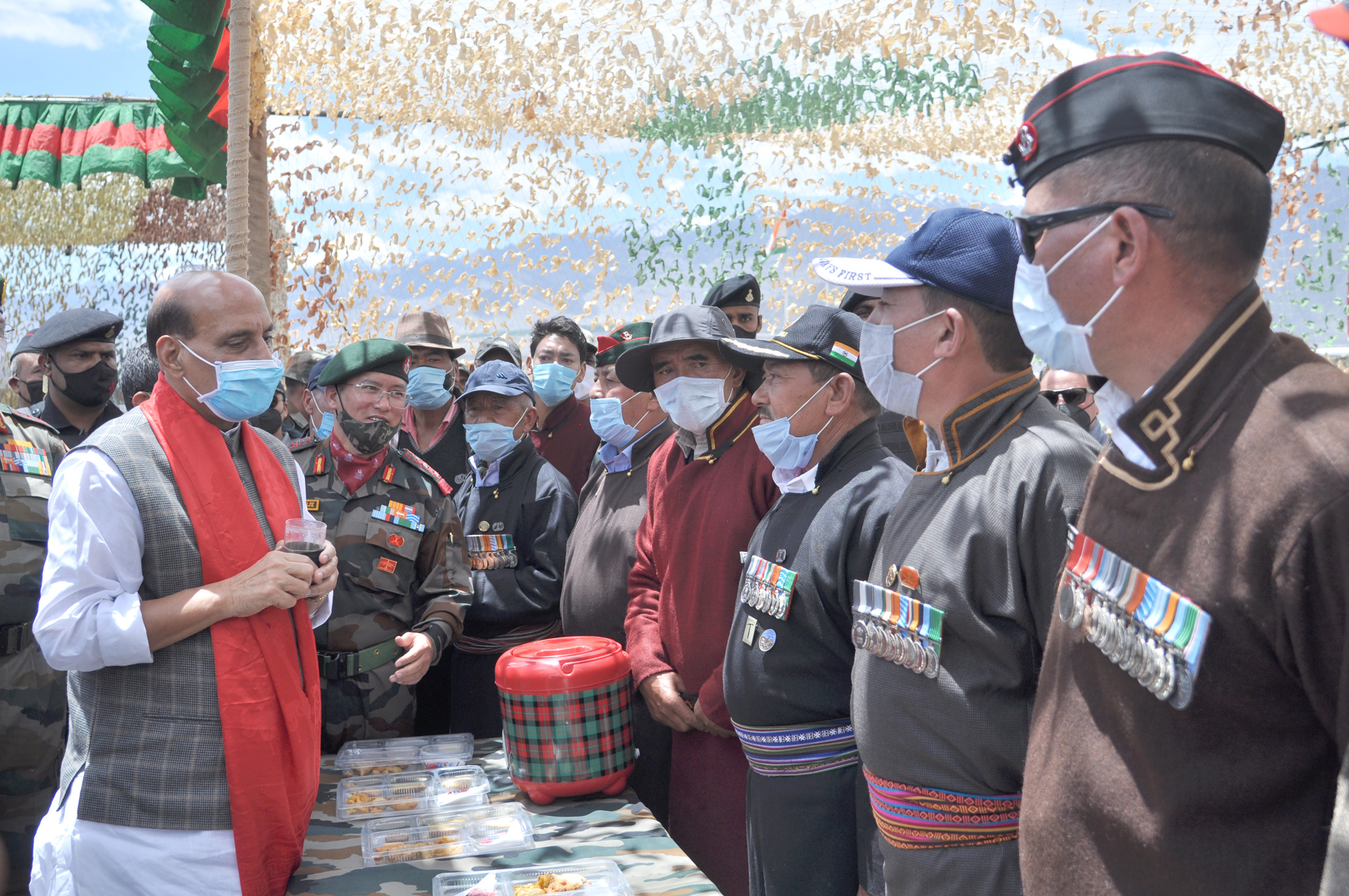 Raksha Mantri Shri Rajnath Singh interacts with 300 veterans in Leh, as part of his three-day visit to Ladakh;

Raksha Mantri Shri Rajnath Singh interacted with 300 veterans, including Ashok Chakra winner Naib Subedar (Honorary) Chhering Mutup (Retd) and Maha Vir Chakra winner Colonel Sonam Wangchuk (Retd), at Leh, Ladakh on June 27, 2021. In his address, Shri Rajnath Singh lauded the unparalleled dedication of the veterans in ensuring safety and security of the nation, reiterating the Government’s commitment towards the welfare of the ex-servicemen. He said Prime Minister Shri Narendra Modi’s decision to roll out ‘One Rank One Pension scheme, ending a decades-long wait, was a testimony to the Government’s unwavering commitment towards the welfare and satisfaction of the veterans. “Our aim is to take care of you in the same way as you all have taken care of the security of the country,” he said.

Listing out other measures taken by the Government to ensure the welfare of the veterans, the Raksha Mantri said a number of steps have been taken to address the issue of resettlement, including organising job fairs through Directorate General Resettlement, in which a large number of veterans were given employment. He added that a number of online services under ‘Digital India’ have been introduced for the veterans. These include the launch of the ‘e-Sehat’ portal to provide telemedicine services, especially during the ongoing COVID-19 pandemic and the introduction of the Interactive Voice Response System (IVRS) to address the problems faced by the ex-servicemen.

Earlier in the day, the Raksha Mantri reached Leh on a three-day visit to Ladakh. During his stay, he will inaugurate infrastructure projects constructed by Border Roads Organisation (BRO) and interact with troops deployed in the region.