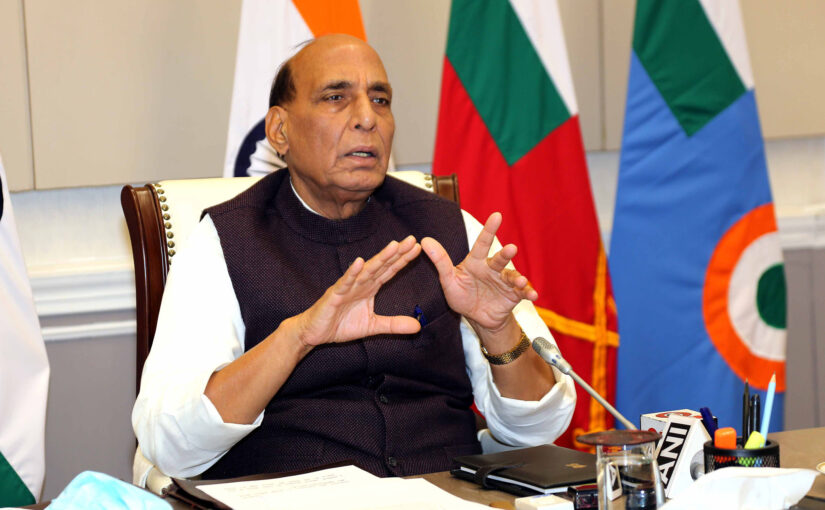 In his inaugural address, Raksha Mantri congratulated DRDO for this significant step in the field of fire safety. He emphasised that in any fire tragedy the nation loses precious lives and valuable assets. To prevent such losses, this Training Centre will go a long way in ensuring quality training to the personnel and preventing such mishaps.

The first of its kind in India, the SDC has been created by adopting state of art technology and setting up of simulation systems for validation of fire at realistic scale in order to meet the challenges and enhance the skills of Defence Fire Service Personnel and combatants from the Armed Forces. Spread in 24 acres area at Pilkhuwa, the DRDO facility would be utilised for imparting fire prevention and fire-fighting training to the Fire Service personnel of Indian Armed Forces, DRDO, Ordnance Factories, Coast Guard and defence undertakings. In addition, trainees from Bhutan, Sri Lanka and other neighbouring countries would also be imparted training at the Centre. The facility is likely to strengthen their knowledge and fire-fighting skills and prepare them for handling fire threats in the emerging high-tech environment. Training of fire personnel in such high standard facilities will result in high levels of fire safety awareness and implementation of safety provisions in defence establishments thus leading to minimisation of losses and property due to fire accidents.

Constructed as per International standards, the SDC has four bays with fire-fighting and rescue appliances such as hydraulic platform, air crash fire tender and emergency rescue tender, which will be used for imparting practical/hands-on training besides an important life-saving personal protective equipment for the fire fighters. The Centre has a Fire Drill Tower with emergency escape chute which would be used for simulation of fire in high rise buildings, Breathing Apparatus Training Facility, a Model Fire Station housing specialised fire-fighting and rescue appliances, LPG Petroleum Tank Farm Simulator, Fire Suit Test and Evaluation facility, a Hostel and Transit Facility and Administrative and Training Facility. The facility would be maintained by CFEES, which carries out safety audits, training activities and R&D activities in the area of fire, explosive & environment safety. Every year 400-500 personnel are being trained by CFEES in modules customised to the needs of Ministry of Defence (MoD) establishments.

Secretary Department of Defence R&D and Chairman DRDO Dr G Satheesh Reddy in his address appreciated the endeavor of the CFEES towards indigenisation of fire safety equipment and test facilities for evaluation of fire safety products. He stated that the establishment of Skill Development Centre is another step initiated by DRDO towards endorsing Prime Minister Shri Narendra Modi’s call for ‘Atmanirbhar Bharat’.