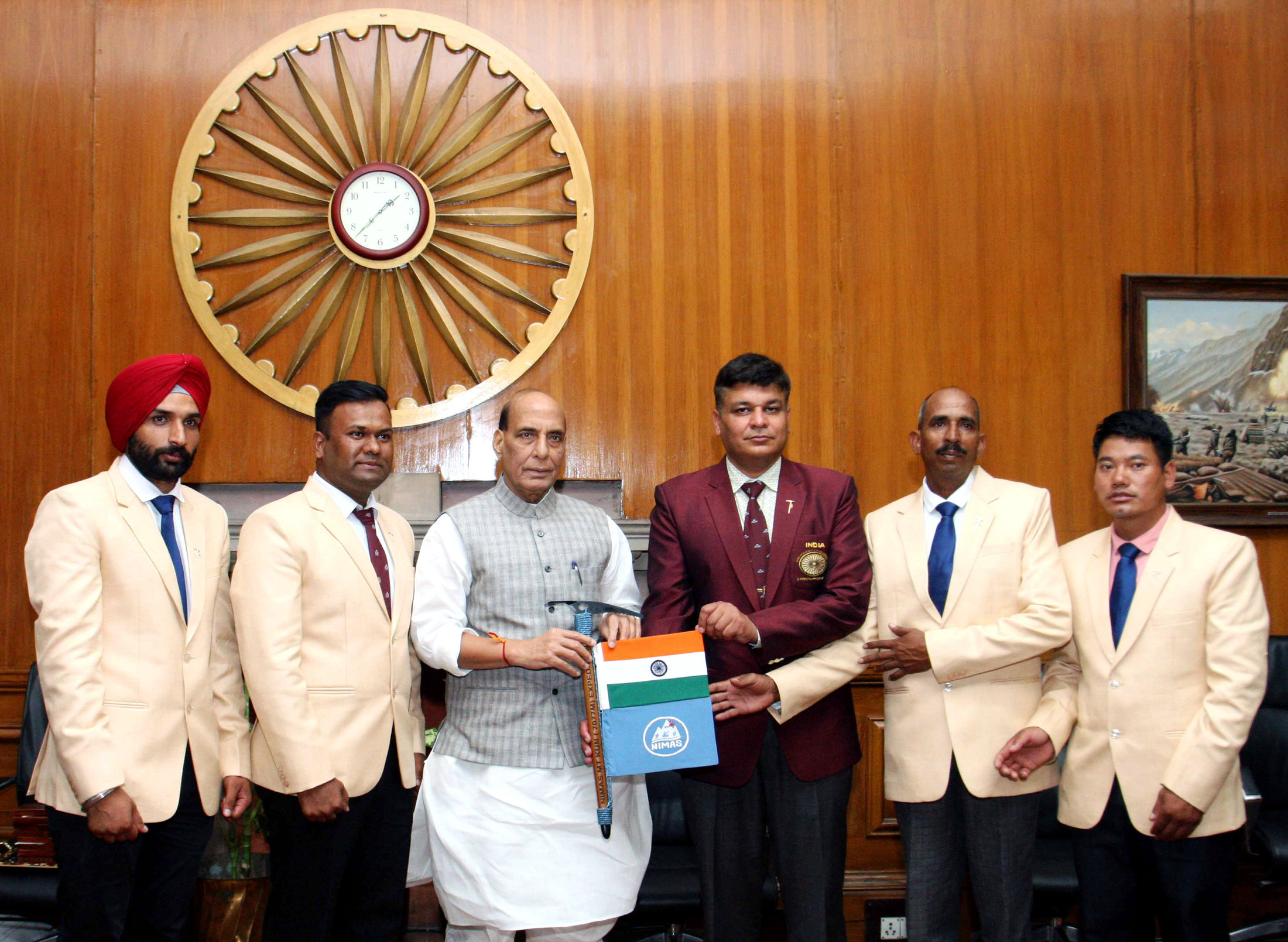 Congratulating NIMAS for successfully completing the task in tough weather conditions amid the COVID-19 restrictions, the Raksha Mantri pointed out such expeditions would promote the spirit of adventure and patriotism among the youth. He emphasised that such events can play an important role in strengthening the defence and security of the country. “Through such events, we can learn more about border security and its challenges. Our Army has given a lot of encouragement to such activities,” he said.

The Raksha Mantri stressed on the need to encourage such activities and suggested increased involvement of general public as it can play a major role in promoting tourism, employment, knowledge gathering and bolstering economy. He assured all possible support of the Government in these efforts.

Shri Rajnath Singh also lauded NIMAS for providing training in adventure courses in all three fields i.e., land, air and water. The institute is a shining example of unity and integrity, he said. He also commended NIMAS for recently conducting a Mountain Terrain Biking Expedition in Myanmar, Thailand, Malaysia & Singapore. He said such events not only promote sportsmanship but also strengthen India’s ties with friendly countries.

On the occasion, the Raksha Mantri also handed over certificates of participation to the members of the team and extended his best wishes.

The expedition was conducted between July 15, 2021 and August 10, 2021. The peak is technically difficult and involves a challenging climb. The team opened the entire route on its own without taking the help of sherpas and mountain guides.

During the expedition, a record number of 16 mountaineers – nine Army personnel and seven local youth of Arunachal Pradesh – scaled the mountain. The summiting, which coincided with ‘Kargil Vijay Diwas’ (26th July) was part of ‘Azadi Ka Amrit Mahotsav’ being celebrated across the country to commemorate 75th year of Independence. The expedition was aimed at inculcating the spirit of patriotism, courage & adventure and promoting ‘Fit India Movement’.

NIMAS is a premier mountaineering institute functioning under the aegis of Ministry of Defence. Raksha Mantri is its President and Chief Minister of Arunachal Pradesh is the Vice President.