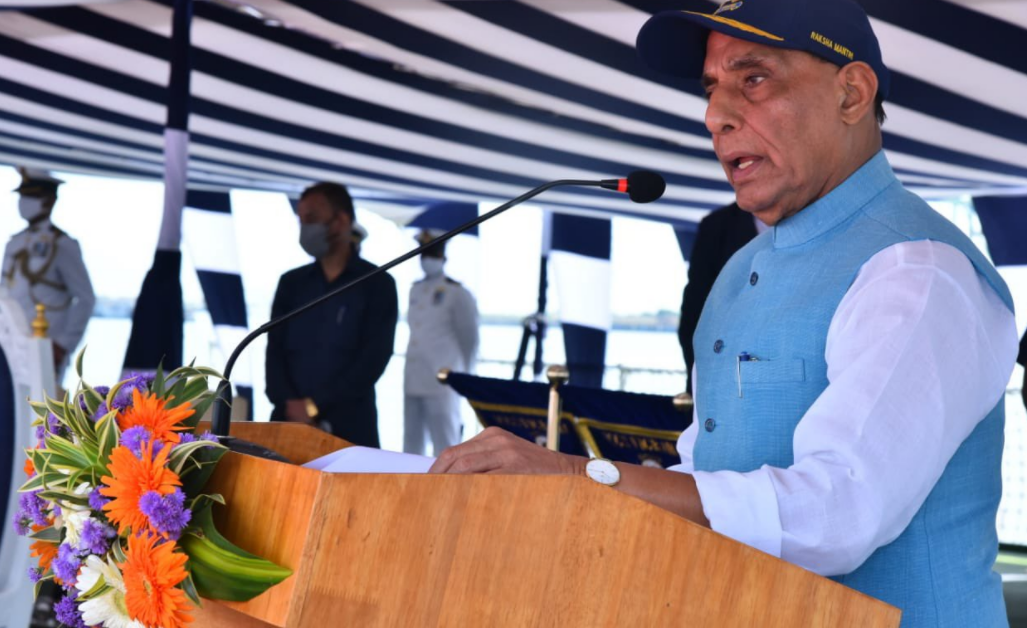 Raksha Mantri Shri Rajnath Singh dedicated to the nation, the indigenously built Coast Guard Ship ‘Vigraha’ in Chennai today. Calling it one of the important steps towards “Atma Nirbhar Bharat”, he said the newly commissioned vessel is indigenous from its design conception to development. Raksha Mantri also highlighted that for the first time in the history of Indian defence, contracts for not one or two, but seven vessels have been signed with a private sector company. And more importantly, within seven years of signing this agreement in 2015, not only launch but also the commissioning of all these seven vessels has been completed today

Raksha Mantri recalled the Coast Guard’s  role in extending help to neighbouring countries in line with the spirit of inclusiveness. He hailed the role of Coast Guard in providing pro-active help in saving Very large crude carrier MT ‘New Diamond’ last year, and the cargo ship MV ‘X-Press Pearl’. Raksha Mantri also commended the efforts of Coast Guard for its assistance provided to Mauritius during the oil spill from the ‘Wakashio’ motor vessel.

On the occasion he also lauded the efforts of Coast Guard towards realising the vision of SAGAR (Security and Growth for All in the Region) envisaged by the Hon’ble Prime Minister with focus on spirit of friendship, openness, dialogue and co-existence with the neighbours with keen sense of duty as its core.

The Ship will be based at Visakhapatnam and operate on India’s Eastern Seaboard under the Operational and Administrative Control of the Commander, Coast Guard Region (East).  ICGS Vigraha is commanded by Commandant PN Anoop has complement of 11 Officers and 110 men.