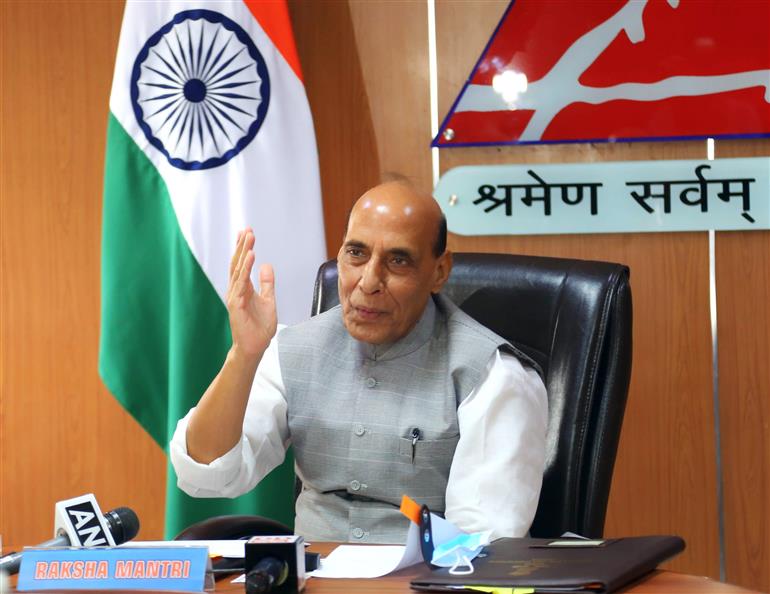 Raksha Mantri Shri Rajnath Singh has approved the policy on archiving, declassification and compilation/publication of war/operations histories by the Ministry of Defence. The policy envisages that each organisation under the Ministry of Defence such as Services, Integrated Defence Staff, Assam Rifles and Indian Coast Guard, will transfer the records, including war diaries, letters of proceedings & operational record books, etc., to the History Division of Ministry of Defence (MoD) for proper upkeep, archival and writing the histories.

The responsibility for declassification of records rests with the respective organisations as specified in the Public Record Act 1993 and Public Record Rules 1997, as amended from time to time. According to the policy, records should ordinarily be declassified in 25 years. Records older than 25 years should be appraised by archival experts and transferred to the National Archives of India once the war/operations histories have been compiled.

The History Division will be responsible for coordination with various departments while compiling, seeking approval and publishing war/operations histories. The policy mandates constitution of a committee headed by Joint Secretary, MoD and comprising of representatives of the Services, MEA, MHA and other organisations and prominent military historians (if required), for compilation of war/ operations histories.

The requirement of having war histories written with a clear cut policy on declassification of war records was recommended by Kargil Review Committee headed by K Subrahmanyam as well as N N Vohra Committee in order to analyse lessons learnt and prevent future mistakes. Post-Kargil War, GoM recommendations on national security also mentioned the desirability of authoritative war history.

Timely publication of war histories would give people accurate accounts of the events, provide authentic material for academic research and counter the unfounded rumours.