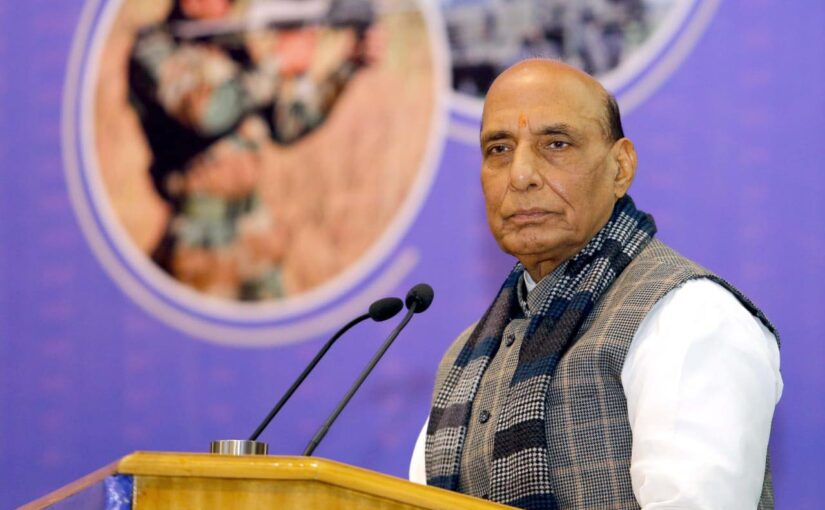 Addressing the 4th Military Literature Festival through the virtual link in New Delhi today, Raksha Mantri Shri Rajnath Singh said such innovative initiatives provide an opportunity for the people in general and youth in particular to gain knowledge about the wars fought by our Armed Forces and get inspired from the experiences of the veterans as also imbibe their patriotic fervor. Emphasizing the importance of military history, Shri Rajnath Singh said soon after taking over the charge of the Ministry of Defence, he constituted a committee to progress the work of writing the border history of the country. Its aim is to benefit future generations by bringing out border history focusing on the battles fought there, sacrifices made by the soldiers in a lucid language that is eminently readable and easily understood by the general public.

Shri Rajnath Singh said several Armed forces veterans and researchers publish periodicals and journals from time to time with a focus to narrow the knowledge gap between the people and experts.

Raksha Mantri said that this year’s military literature festival coincides with the Swarnim Vijay Diwas Celebrations of the 50th Anniversary of the 1971 war during which the valor displayed by our brave soldiers stands as a fine example even today. He appealed to the youth not to miss out on any opportunity to interact with veterans and gain firsthand knowledge from their experiences. Shri Rajnath Singh appreciated holding various events and discussions during this literature festival that was not only limited to the military subjects but also covering the cultural aspects of our Nation. He said the nature of war is changing with times, and with evolving technologies. “We need to be alert about the new security challenges posed by the modern technology”, He added. Shri Rajnath Singh appealed to the organizers to hold theme-based events in the future and conveyed his best wishes for the success of the Military Literature Festival.