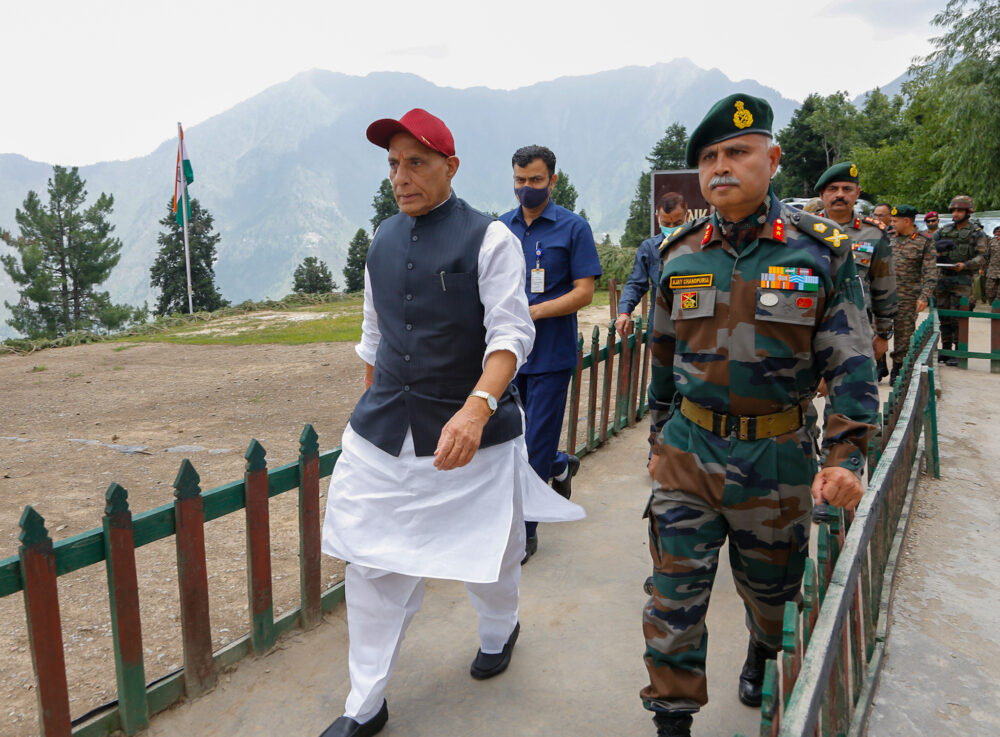 Raksha Mantri Shri Rajnath Singh visited the forward areas of Jammu & Kashmir on June 16, 2022 and took stock of the security situation along the border. Shri Rajnath Singh, who is on a two-day visit to the Union Territory, undertook a first-hand assessment of the situation in the formations looking after Line of Control (LoC) and forward areas in North Kashmir. He was accompanied by Chief of the Army Staff General Manoj Pande; General Officer Commanding-in-Chief (GoC-in-C), Northern Command Lt Gen Upendra Dwivedi; GoC, 15 Corps Lt Gen AS Aujla and GoC, 19 Infantry Division Maj Gen Ajay Chandpuria.

The Raksha Mantri was briefed on the existing ceasefire agreement on the LoC, development works on field fortifications, counter infiltration grid, operational preparedness and Army-citizen connect in border areas. Upon his arrival at 15 Corps HQs, Shri Rajnath Singh was briefed by the GOC 15 Corps on the overall security situation prevalent on Line of Control and the hinterland. He was also briefed on the measures instituted for the safety and security of Amarnath Yatra.

Shri Rajnath Singh interacted with the personnel of the Armed Forces, Border Security Force (BSF), Central Reserve Police Force (CRPF) and J&K Police. Addressing the personnel, he commended them for fulfilling their responsibilities efficiently even in challenging situations, describing their valour and zeal as remarkable. He praised the excellent synergy exhibited by all sections of civil administration, J&K Police, Central Armed Police Forces and other security agencies in projecting a ‘Whole of Government’ approach that has resulted in the improvement of the security situation conducive for fostering a new era of development in the UT. The Raksha Mantri lauded the security personnel for serving the country with indomitable courage & dedication and instilling the sense of national pride in the people, especially the youth.

“Our neighbour has always resorted to anti-India activities. The state also witnessed terror activities in the past. Due to the relentless efforts of the personnel of Armed Forces, BSF, CRPF & J&K Police, there has been a significant decline in the number of terror activities in the state recently. Pakistan continuously tries to disturb peace in the country through its approach of bleed India with a thousand cuts. But, our security forces are such a protective shield for this country that whoever tries to break it, bleeds himself. The Nation has immense faith in our forces who are always ready to deal with any situation,” the Raksha Mantri said. 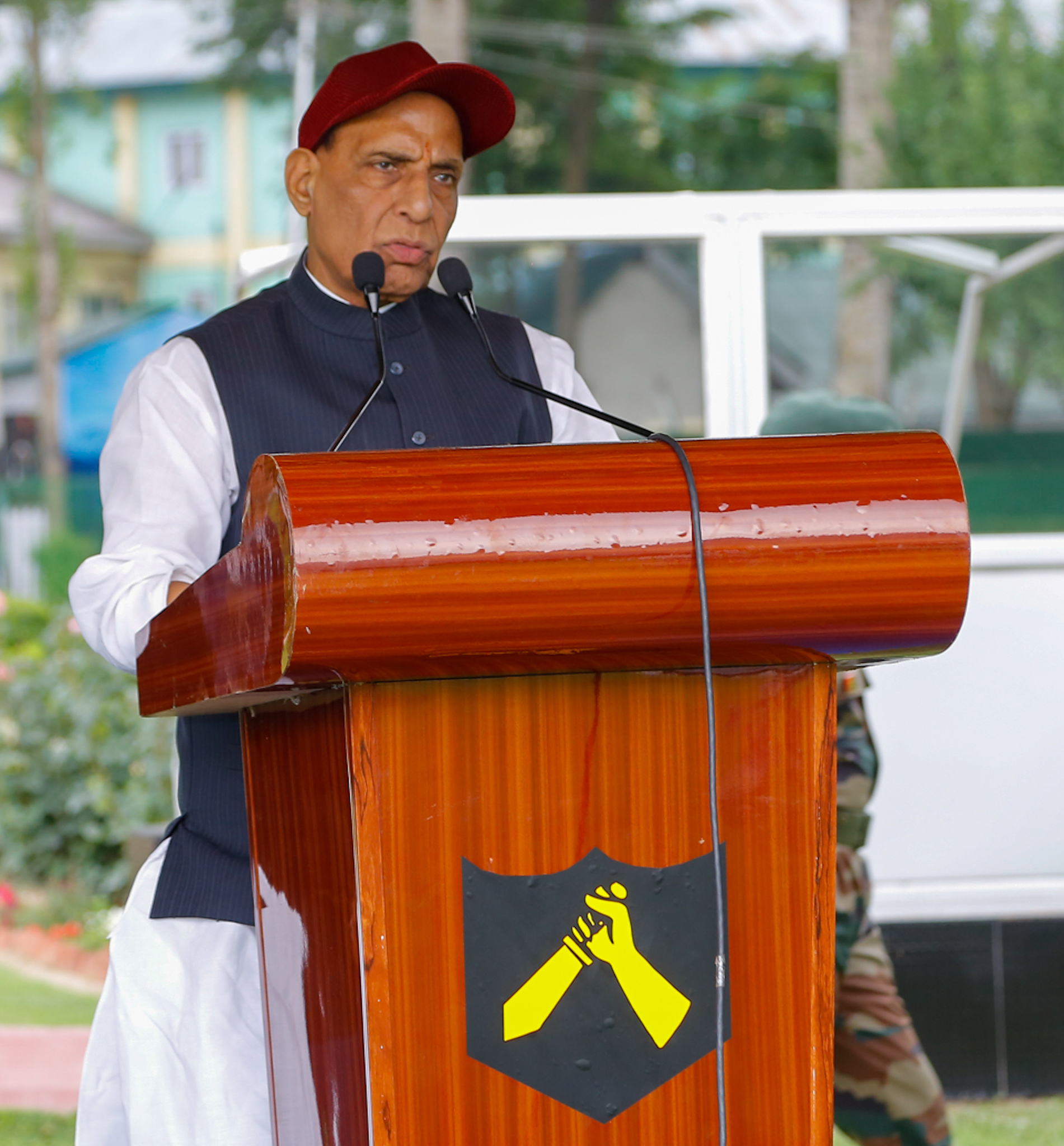 Reiterating that India is a peace-loving country which has given the message of ‘Vasudhaiva Kutumbakam’ (the whole world is one family) to the world, Shri Rajnath Singh asserted that “we have never tried to hurt any country in any way, nor have we tried to capture even an inch of anyone’s land. He, however, assured the Nation that if an attempt is ever made to hurt the unity and integrity of the Nation, the Armed Forces will give a befitting reply. He exuded confidence that the Armed Forces will face the future challenges with full strength and their valour & dedication will build a golden future of the country.

The Raksha Mantri highlighted that it was the dawn of a new era of development, peace and prosperity in Kashmir and applauded 15 Corps for their high level of morale and contribution to peace building in J&K.