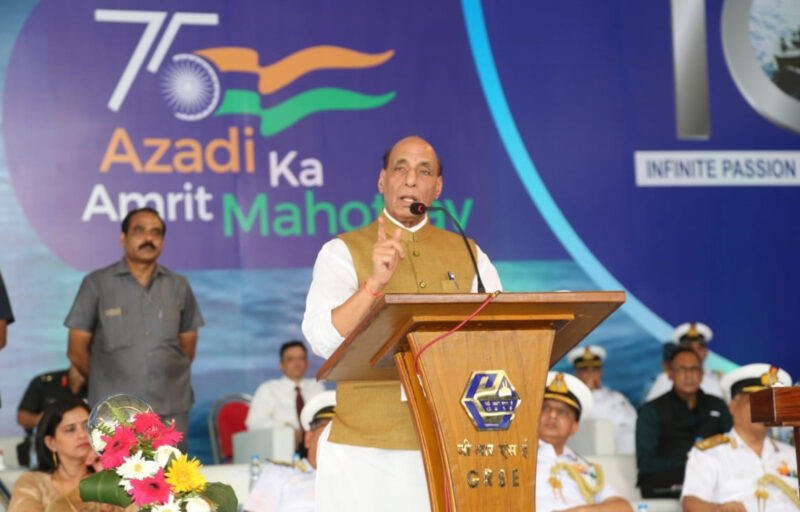 Raksha Mantri Shri Rajnath Singh launched Y- 3023 Dunagiri, Project 17A frigate built by Garden Reach Shipbuilders Limited (GRSE) in Kolkata on July 15, 2022. Admiral R Hari Kumar, Chief of Naval Staff, and other senior officers from Indian Navy and Ministry of Defence were amongst the dignitaries who attended the ceremony.

Speaking on the occasion, Raksha Mantri praised the efforts of Directorate of Naval Design and other Naval Teams in realizing the Nation’s quest for self-reliance with regard to warship building. He also commended GRSE for its unstinted support in the field of ship production despite various challenges and helping Indian Navy realize its ship induction plan. Raksha Mantri said that ‘Dunagiri’ would be a world class stealth frigate with multidimensional capabilities to destroy enemies from sea, sky, and underwater. 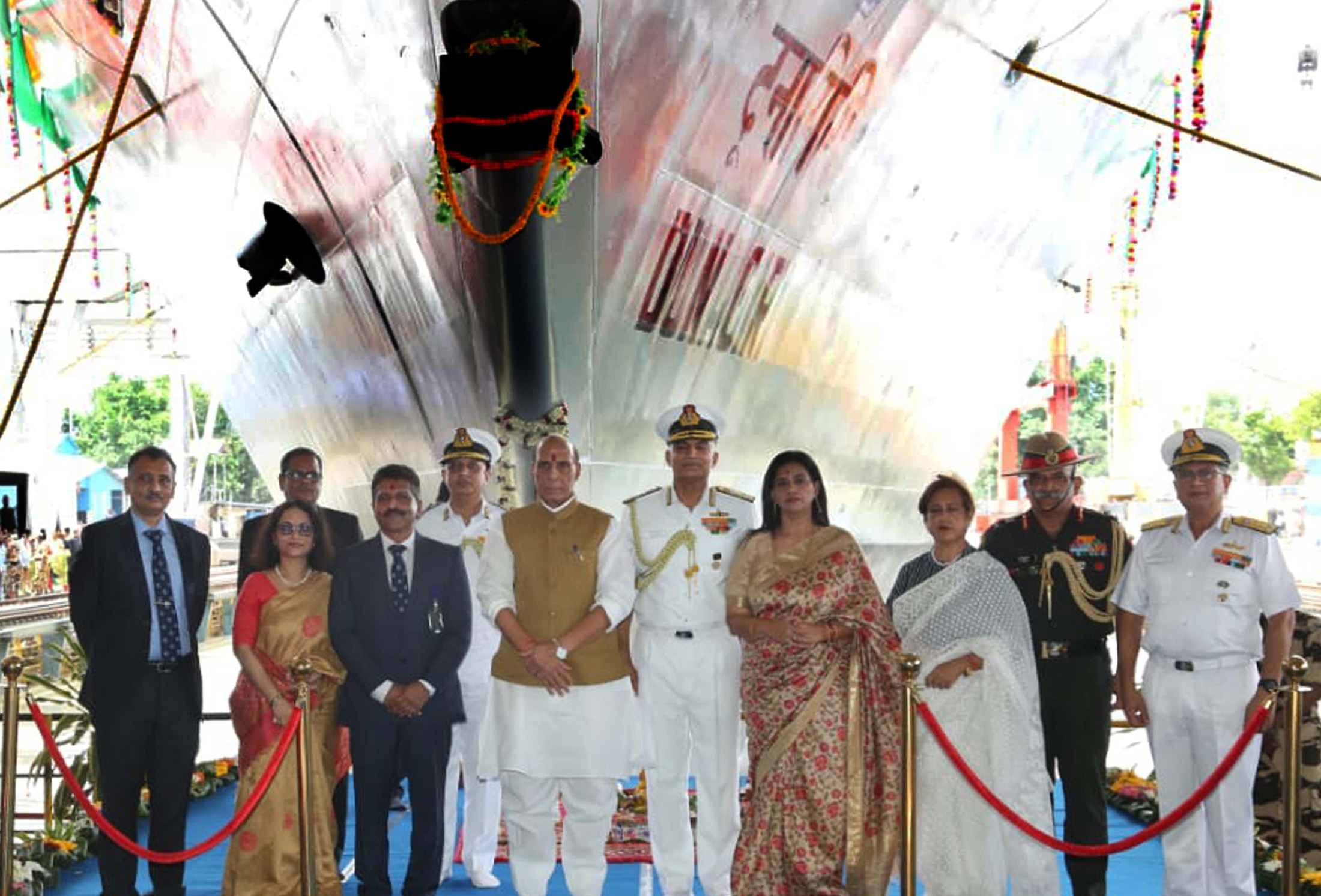 Speaking about the need to increase our infrastructure and assets in the changing scenario of the world, Raksha Mantri said that economic, political and trade relations between countries are constantly evolving. Security challenges in the Indian Ocean region and Indo-Pacific are constantly increasing. In order to achieve the Prime Minister’s Vision of ‘SAGAR’, i.e. ‘Security and Growth for All in the Region’ and to protect, preserve and promote India’s National Maritime Interests, Indian Navy, Indian Coast Guard and other organisations have to increase the infrastructure and assets so that the country stay ahead of the curve in dealing with these challenges.

Raksha Mantri recalled the brave sons of Bengal, Jatindranath Mukherjee (Baga), Khudiram Bose and Netaji Subhash Chandra Bose, on the occasion and mentioned their unforgettable contributions to the Nation when our country is celebrating the ‘Azadi Ka Amrit Mahotsav’. He also praised the role of brave women from Bengal, Begum Rukaiah, Bina Das and many others, who brought laurels not only to Bengal but to the whole country.

Speaking on the occasion, Chief of Naval Staff Admiral R. Hari Kumar said while Indian Navy’s primary mandate is to preserve, protect and promote Nation’s maritime interests, it also contributes substantially in building the economy of the country. He said that the Dunagiri project generated more than 3000 local employment opportunities. In addition, 29 Indian OEMs along with MSMEs across the country are contributing to this project. Thus, the Navy’s budget has a significant ‘plough-back’ into the economy and towards Nation-building. 88% of Navy’s future contracts amounting to investments of nearly Rs 1,75,000 Crore are being progressed through Indian Enterprises, he added.

Smt Kala Hari Kumar, President, Navy Wives Welfare Association (NWWA) performed the traditional honours and named the ship Dunagiri. The ship received a thunderous cheer from the jubilant gathering as she embraced the welcoming waters of the `River Hooghly.