This is the first AI based system developed to improve grievance redressal in the Government. The AI tool developed as part of the initiative has capability to understand the content of the complaint based on the contents therein. As a result, it can identify repeat complaints or spam automatically. Based on the meaning of the complaint, it can categorise complaints of different categories even when key words normally used for such search are not present in the complaint. It enables geographical analysis of complaints in a category including analysis of whether the complaint was adequately addressed or not by the concerned office. Easy user-friendly search enables user to formulate his own queries/categories depending on management requirements and seek performance results based on the query. Given that lakhs of complaints are received on CPGRAMS portal of DARPG, this application will have great use in understanding the nature of complaints, geographies from where they emanate and policy changes which can be introduced to create systemic improvements to address these grievances.

Speaking on the occasion, the Raksha Mantri described the application as a product of good governance, which reflects the growing synergy between the Government and academia. He said this initiative is another citizen centric reform of the Government that aims to empower the people at large.

Shri Rajnath Singh lauded Department of Administrative Reforms & Public Grievances (DARPG) for playing an important role in the reform of the Public Grievances Redressal System, saying that resolving the grievances of people is a great service in itself. He added that the active involvement of reputed institutions like IIT Kanpur will further bolster the system and resolve the grievances of people in a transparent and effective manner.

The Raksha Mantri was briefed that this AI-powered application will automatically handle and analyse the complaints of the people and would reduce human intervention, save time and bring more transparency in their disposal.

A tripartite MoU for the project was signed among Department of Defence, MoD, DARPG and IIT, Kanpur on August 04, 2020.

The release of this application marks the introduction of AI-based innovations into governance and administration. This project is first of its kind initiative of the Government for using AI, data science and Machine Learning techniques in grievance redressal. The success of this project in MoD will pave the way for extension of this application across other Ministries. The MoD and IIT, Kanpur intend to drive their collaboration forward in the coming years, seeking to better leverage the use of AI for the disposal of citizens’ complaints. The web-based application has been jointly developed by Department of Defence, MoD; DARPG and a team of IIT Kanpur comprising of Professors Shalabh, Nisheeth Srivastava and Piyush Rai. 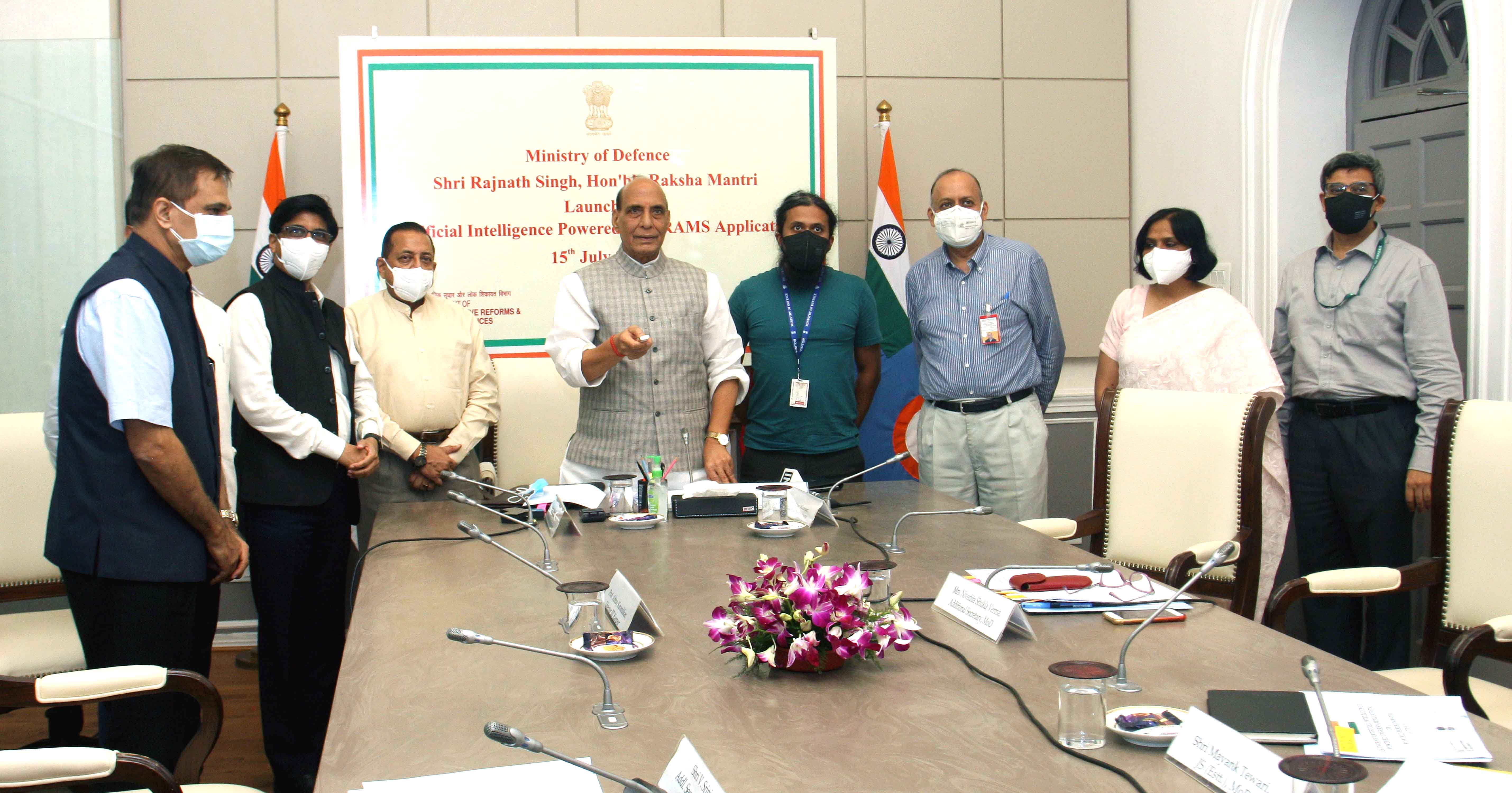 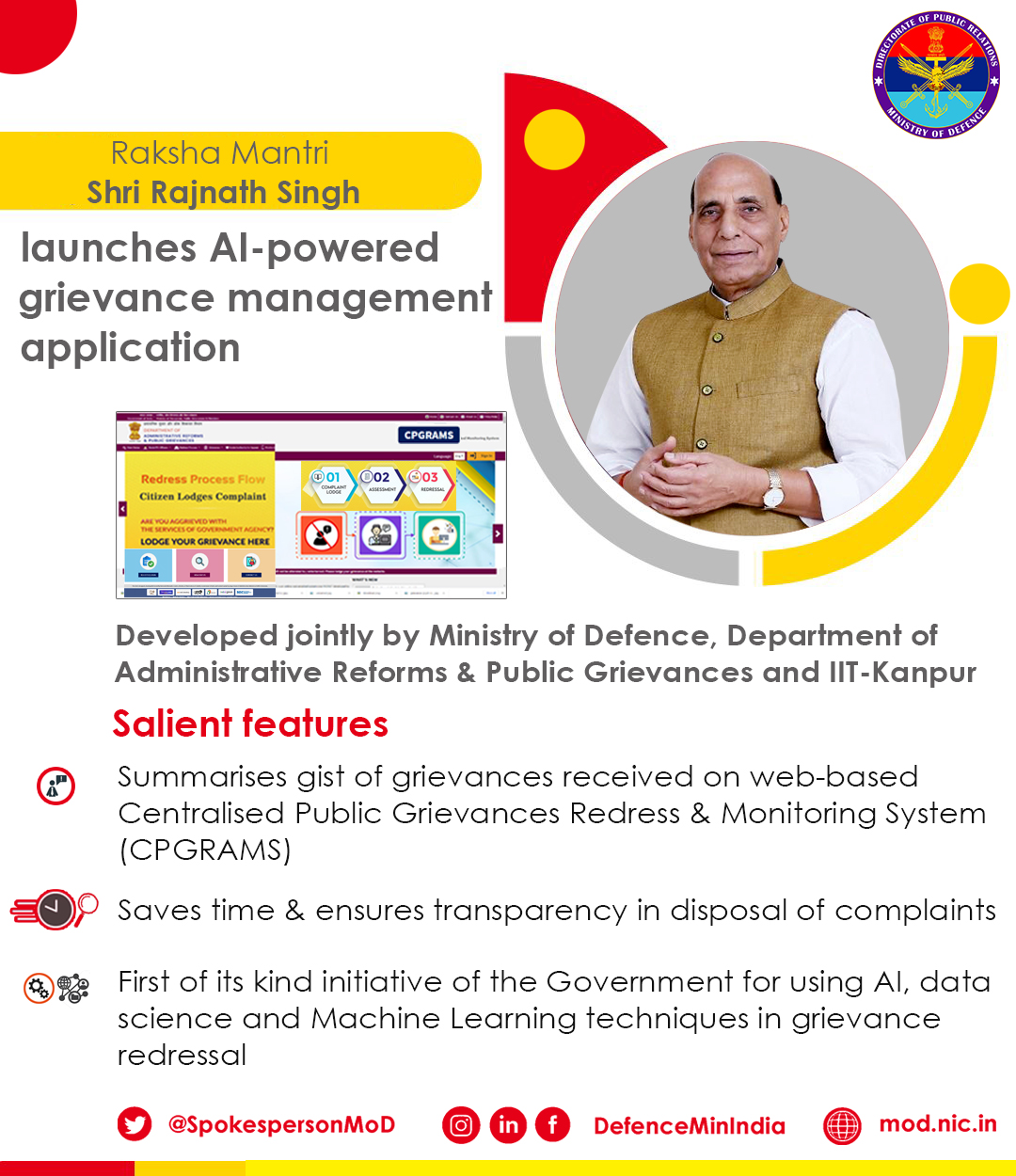