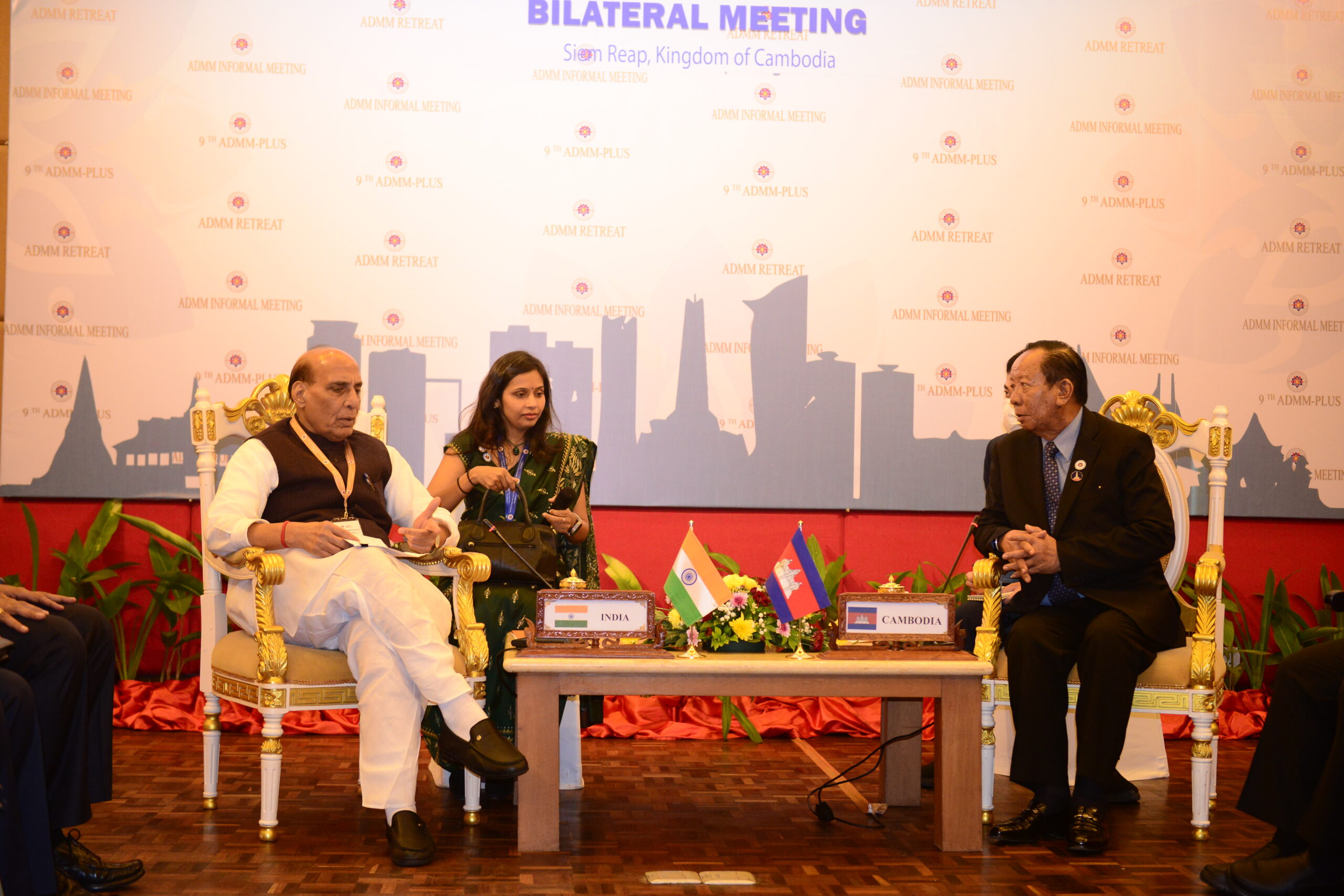 During the meeting, both leaders recognised Angkor Wat, an ancient temple complex in Cambodia, as the symbol of the long-lasting ties between the two countries. It is of significance that both nations are also celebrating 70 years of diplomatic relations this year.

The Raksha Mantri congratulated Cambodia on the successful chairmanship of ASEAN and ADMM Plus in 2022. Shri Rajnath Singh and General TEA Banh reviewed the entire gamut of defence cooperation and discussed mutually beneficial avenues for furthering the bilateral ties between both countries.

To commemorate 30 years of India-ASEAN relations, India and Cambodia will co-chair the maiden India-ASEAN Defence Ministers’ Meeting on November 22, 2022, presided over by Shri Rajnath Singh. Various initiatives to boost India-ASEAN partnership are planned to be announced during the meeting.

On November 23, 2022, Cambodia, as the chair of ADMM Plus meeting, will host the 9th annual meeting and the Raksha Mantri will address the forum. He will also call on the Prime Minister of Cambodia during the visit. 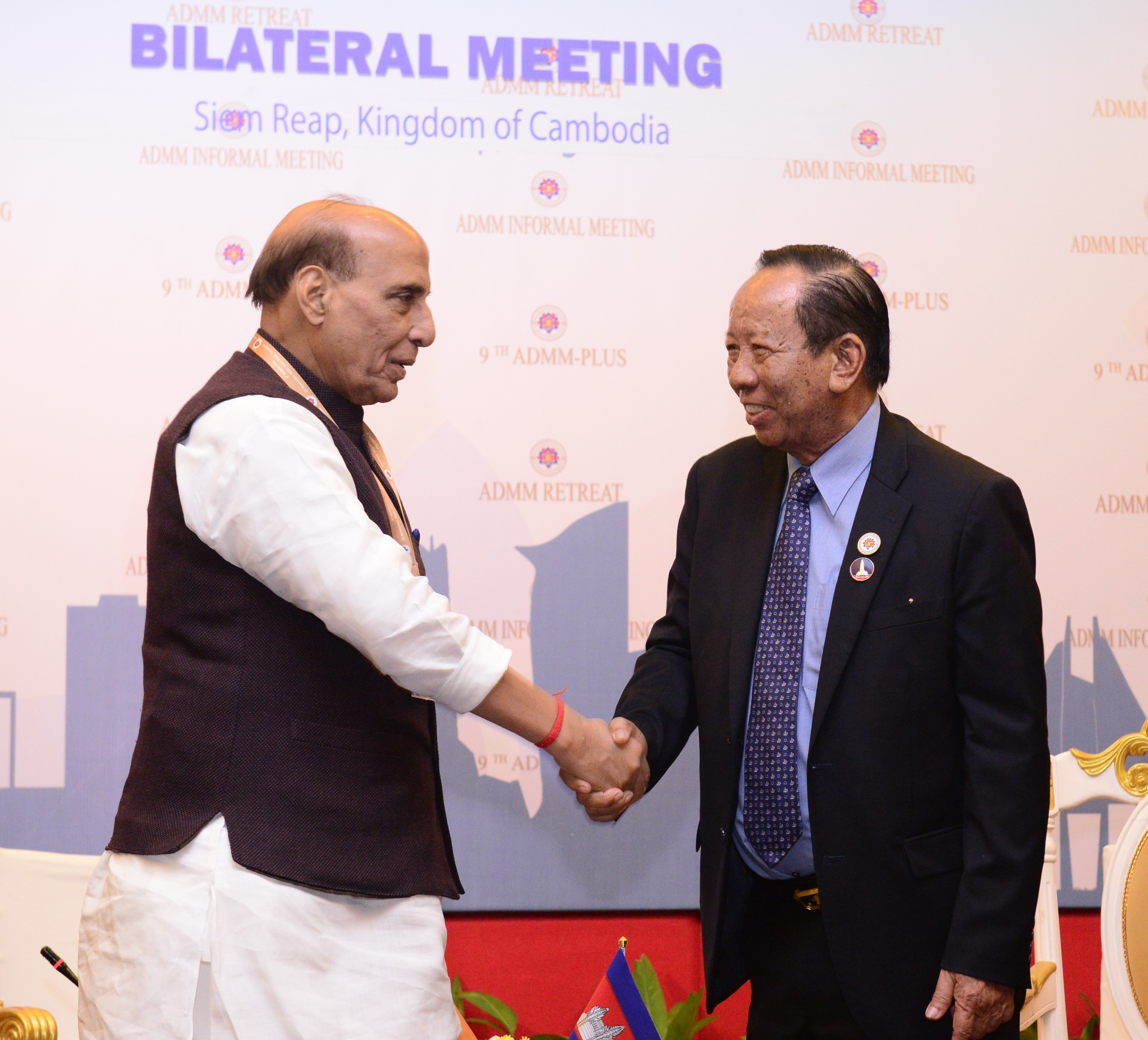