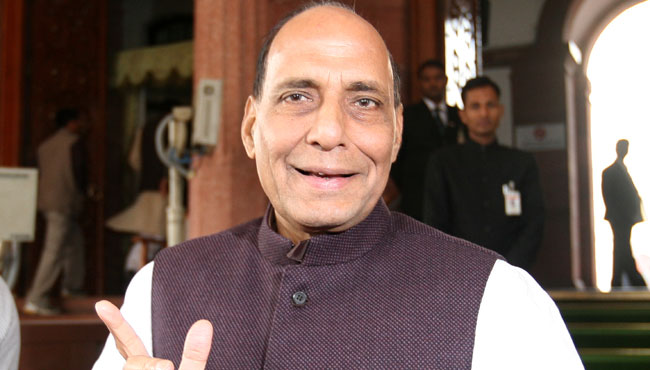 The Union Home Minister, Shri Rajnath Singh has congratulated the Union Finance Minister, Shri Arun Jaitley on presenting a forward looking and progressive General Budget 2015-16, here today. This Budget highlights the contours of `New India` and not only promises to increase the ease of doing business in India, it also provides for a social security net for weaker sections, he added.

Shri Rajnath Singh has said that schemes like `Universal Social Security System` and ` Atal Pension Yojana` will go a long way in strengthening the social security net in India. The Union Budget has mapped a target of providing Visa on Arrival to 150 countries in stages and the Ministry of Home Affairs is well positioned to achieve this goal, he said.

The Union Home Minister further said that by spelling out a slew of measures to curb the flow of black money, the Budget has insured more transparency and accountability in the system. He further said that both the Rail and the Union Budgets have successfully captured the mood of the country and Indian economy is all set to take a giant leap.