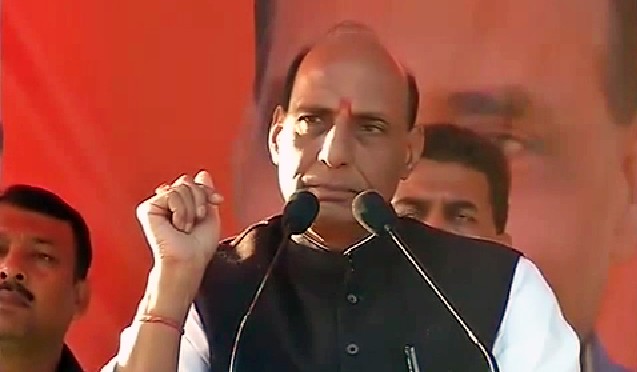 SEAMLESS POLICING SYSTEM ON RAILWAYS IS NEED OF THE HOUR:

NEED TO EXPLORE THE SYSTEM OF ONLINE FIR ON RAILWAY

CONFERENCE OF DIRECTOR GENERALS OF STATE POLICE ON

A Conference of Director Generals of State Police (DGsP) was held here today, to discuss issues related to security on the Indian Railways. Speaking on the occasion, the Minister of Railways Shri Suresh Prabhakar Prabhu said that country is passing through a very turbulent time and there is a phase of growing crimes and increasing subversive activities and some elements in the society are hell bent upon creating trouble. It is in this context that police reforms and strengthening of law and order machinery is one of the top agendas of the Ministry of Home Affairs under the leadership of Shri Rajnath Singh. The Indian Railways also is the victim of this increasing crime scenario and it is a big challenge for the law and order enforcers to provide security to the travelling public. Policing in case of Railways is a very difficult job and there are multiple agencies for the same area of focus. We have Railway Protection Force (RPF), General Railway Police (GRP) and District Police handling security issues pertaining to Railways, he added.

The Railway Minister emphasized that the Indian Railway system being the life line of the nation cannot afford to compromise on security issues. Shri Prabhu pointed out that a common man, does not know distinction between State Police and Railway Police and only needs relief from crimes. Shri Suresh Prabhu said that as a Minister of Railways he is often required to answer questions from Members of Parliament cutting across difference parties on security of passengers, so it is necessary to address this issue, we need to have a seamless policy on Railways. The Railway Minister informed that he has already written to the Chief Ministers, seeking their support for creating a foolproof system where crime prevention could be effectively done for the travelling passengers and best security is ensured for them. He also talked of creating a data bank of criminals for which he sought help of Forensic Departments of different State Governments. This will help in tracking criminals expeditiously and arrest them for trial. Referring to security of women, he pointed out that there are several instances of attacks on the modestly of women during travel and it needs special attention of all the concerned agencies. Shri Prubhu said that Ministry of Railways is contemplating to have a ‘Mahila Vahini’ and proposal for it has already been sent to Finance Ministry and he sought help of Home Ministry in this proposal..

The Railway Minister said that there is a need to have effective intelligence network involving both Central and State agencies so that the necessary information could be shared which will help in preventing crimes. He also emphasized on keeping security agencies prepared to meet any kind of contingency. Referring to security issues in the Naxalite areas and insurgency affected areas in North Easter region, Railway Minister called for special attention to deal with this

Shri Suresh Prabhu also said that the Ministry of Railways has initiated programme on sensitivity training for RPF personnel all over India for improvement in their behavior. He said that such training for those personnel who come in contact with the public will be useful. He requested State Police Chiefs to consider a similar exercise for their personnel. Shri Suresh Prabhu said that Railways is already working on installing CCTVs in passenger coaches after addressing privacy issues to keep an eye on untoward criminal activity. Shri Prabhu said that we are also trying to use ex-army personnel in security issues. He said that there is also a need to find a mechanism for immediate evacuation and shifting of injured persons from railway premises to hospitals so as to save precious human lives. Referring to the growing number of accidents at unmanned level crossings, Shri Prabhu sought help of State law and order machinery to come up with innovative ideas to reduce such tragic train incidents like use of home guard or any other institution.

The Railway Minister also suggested that we may explore the possibility of imposing on-the-sport fine on the lines of traffic violation fine, in case of any security violation. The Railway Minister said that the constable or a jawan is at the cutting edge of the security setup and administration should think of his welfare also which is important. He again underscored that security is a joint challenge and t a national issue.

In his concluding speech, the Railway Minister said that it is hoped that there would be a fruitful interaction during the Conference covering the entire gamut of issues of security and a future road map will be prepared.

In his speech, the Minister of Home Affairs, Shri Rajnath Singh said that the objective of today’s Conference is very significant as coordination among various security agencies is important for ensuring security of the travelling public. The Home Minister emphasized that Indian Railways is the steel frame of country’s economy. He said that Indian Railways makes wheel of development move and in fact is a developmental and strategic asset. He said that the security in the running trains is a complex subject and we have to find a solution within our federal structure. Shri Rajnath Singh suggested that we need to explore the system of online FIR which will expedite investigation and help in controlling crimes.

Shri Rajnath Singh said that women security is of paramount importance and appreciated the women security mobile application launched by Indian Railways in Mumbai suburban trains. The Home Minister informed that his Ministry is also planning to utilize ex-army personnel in various security related mechanisms. The Home Minister admitted that Railway is a soft target and we need to give serious thought to address security issues on Railways. Shri Rajnath Singh said that along with Railways the security issues in connection with other modes of transport are also important and therefore we may work on ‘National Transport Security Strategy’. He called upon Indian Railways to take initiative in this direction and assured the support of Human Ministry in this endeavour.

The Minister of State for Home Affairs Shri Haribhai Parthibhai Chaudhary said that security of Railways is an important part of internal security. Shri Chaudhary said that he is confident that the concerted efforts and better coordination between state police force and railway police force will lead to improved security scenario. He said that security is important as it is one of the indispensable factors for development. Referring to the naxal problem and other terrorist activities, he said that we need to be more alert and more geared up to meet these challenges. I am sure that today’s Conference will suggest new innovative solutions and all the stake holders will take innovative initiatives to address the issues.

The Minister of State for Railways Shri Manoj Sinha said that we need to work on creating two tier security systems of Railways in place of three tier security systems so as to make it more effective. He said that it is the responsibility of all of us to work for ensuring security of the passengers. Therefore, we have to rise above any prejudice in the interest of the nation and jointly work to evolve an integrated approach on security.

Chairman, Railway Board Shri A.K.Mital, in his speech said that the travelling public has huge expectations from the Indian Railways and law enforcing agencies to provide them a convenient and hassle free journey. However, even with the best efforts and intentions, there is a big gap between expectation and delivery. He pointed out that in the present security scenario, the travelling public, especially ladies, do not have the desired sense of security while embarking on train journeys. Moreover, when a crime takes place, the response of the law enforcing agencies to the complaints of victims leaves much to be desired. Constrained with the tedious procedure of lodging of FIRs and jurisdictional complexities, the passengers are loosing faith in the system. There is a need for serious introspection by all the law enforcing agencies to find a solution to this problem and to reclaim the confidence of the travelling public. Shri Mital hoped that this issue will be discussed in the Conference and viable solutions will be worked out, Shri Mital added. Another area which needs attention is the law and order problems arising out of Maoist/insurgent activities. Shri Mital assured that all the genuine operational needs of GRP with regard to infrastructural facilities like construction of new Police Stations Out Posts and barracks for GRP staff, reimbursement of 50% share of Railways towards GRP personnel, etc. will be looked into with all the seriousness that they deserve. He expressed confidence that the various issues in conference agenda will lead to meaningful discussions and evolution of viable action plans which will go a long way in ensuring better security and Policing on Railways.

Director General, RPF, Ministry of Railways, Shri Krishna Chaudhary, said that Railway Security has two important aspects, and we need to concentrate on them both. First, and of prime importance, is the security and well-being of all passengers, from the moment they enter the railway system to the time they reach their destinations. The other, and no less important, is the security of the rail infrastructure which makes it all possible, both while it is being constructed and after it becomes operational. We hope to address both aspects during this conference, he added. Shri Chaudhary urged all the delegates that we adopt an approach that is goal-oriented rather than organization-centric, because our attempts should be to evolve consensus on systemic changes that will improve the security scenario over the entire railway system.

The focus of the one-day conference was on improving Railway Security through empowerment of the Railway Protection Force (RPF) and better coordination with the State Police. There were detailed discussion on issues concerning registration of FIRs including effective methodology for registration of cases where RPF and Train Ticket Examiners (TTE) have collected complaints from passengers, inter-state transfer of cases, effective escorting of trains and better protection of railway tracks and railway construction projects especially in Left Wing Extremism affected areas in the conference. Involvement of Homeguards, civil defence, panchayat, village voluntary force and other village level functionaries of state govt. in guarding the unmanned railway crossings and in sensitizing people to the perils of trespass on railway tracks was also discussed during the conference. Other issues relating to infrastructure such as construction of new police stations, outposts, accommodation/barrack & housing facilities to GRP and other matters pertaining to the work and welfare of GRP of the States were also discussed at the Conference.

The conference was organized by the Security Directorate of Ministry of Railways as a part of a concerted drive to prevent crime on railways and improve the safety and security.