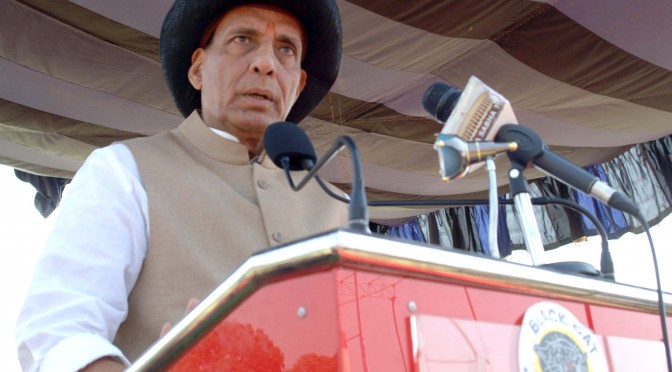 NDRF Demonstration and Exhibition at IITF 2014

The National Disaster Response Force (NDRF) along with National Disaster Management Authority (NDMA) is organising a demonstration on quick response in a hypothetical earthquake scenario followed by an exhibition on disaster management equipment being used by NDRF rescuers to respond in various disasters on November 18, 2014 at Hamsadhwani Open Air Theatre, Pragati Maidan, New Delhi during India International Trade Fair (IITF-2014). The show will depict NDRF’s specialised response during an earthquake.

The Union Home Minister, Shri Rajnath Singh would be the Chief Guest on this occasion.

The NDRF has done a commendable job during this year while responding to the fury of flood in the different parts of the country. Besides, NDRF also participated in landslide operation in Pune, Kamrup (Assam) and Ramthong in Gangtok and saved more than 1,09,700 lives.

The NDRF is a specialist disaster response Force of the country. So far, it has saved over 4,21,885 lives by prompt response in different rescue operations. Apart from its mandated task of a specialist response, Force also organises various demonstrations and exhibitions to generate awareness on disaster management among various stakeholders, public, Government and non-Government organisations, students and school children.