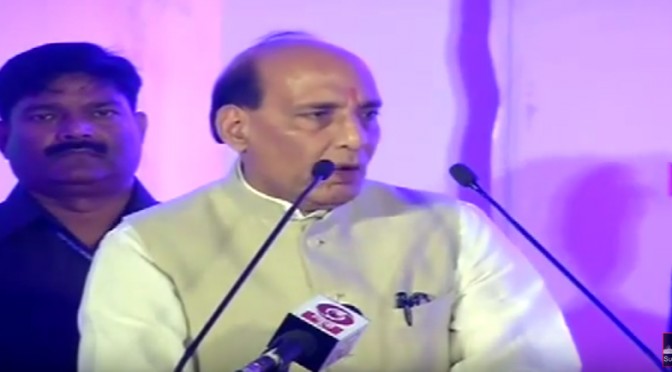 MHA to address issues of all sections of population of Manipur November 09, 2015 .

MHA to address issues of all sections of population of Manipur

The Governor of Manipur has referred three bills passed by the State Legislature namely, “The Protection of Manipur People Bill, 2015”, “The Manipur Land Revenue and Land Reforms (Seventh Amendment Bill), 2015” and “The Manipur Shops and Establishments (Second Amendment Bill) 2015” to the Government of India for Presidential assent.

Delegations from Manipur under the aegis of Joint Action Committee (JAC), All Tribals Students’ Union of Manipur (ATSUM) and Manipur Tribal’s Forum, Delhi (MTFD) have met the Union Home Minister Shri Rajnath Singh and other officials of the Ministry of Home Affairs with their concerns over the three Bills.

The Ministry of Home Affairs will consult all stakeholders including the State Government, hill and the valley people and other interested parties on the issue before arriving at any decision in the course of examination of the Bills. It will be the endeavour of the Ministry of Home Affairs to address the issue in the best interests of all sections of the population of Manipur.

These three Bills are being opposed by some sections of Manipur population, who have been agitating over the issue since the last two months. Nine people have died during this agitation and their last rites have not been conducted till now.