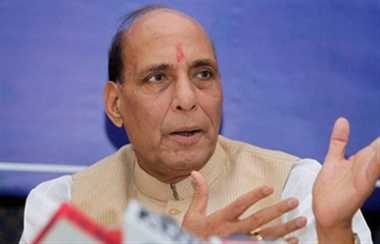 The Union Home Minister Shri Rajnath Singh informed the members that the IVFRT is one of the Mission Mode Project (MMP) undertaken by the Ministry of Home Affairs under the National e-Governance Plan (NeGP). Shri Rajnath Singh further informed that the scope of the project covers 178 Indian Missions abroad and 13 Foreigners Regional Registration Offices (FRROs), 674 Foreigners Registration Offices (FROs) and 83 Immigration Check Posts (ICPs) within the country.

Shri Rajnath Singh informed the members that the Tourist Visa on Arrival enabled by Electronic Travel Authorization (ETA) is an important component of IVFRT project and was launched in 44 countries on November 27, 2014. After the launch of TVoA enabled by ETA Scheme, 65,000 ETAs have been issued in 75 days and on an average 1000 ETAs are being issued per day at present. Shri Rajnath Singh informed that there had been 421.6% jump in Tourist Arrival during Dec. 2014 as compared to the previous year. He mentioned that the Government had issued 2,700 visas during Dec. 2013 whereas the number of ETAs issued during December 2014 was 14,083.

The project was allocated budget of Rs.1011 crore which was subsequently re-estimated at Rs.638.90 crores. The development of all software applications by NIC resulted in higher strategy control and cost savings. Biometric enrollment software has also been developed in NIC and during the reworked extension of the project, an amount of Rs.372.10 crores resulted as savings.

The members appreciated the scheme and discussed its various aspects such as safety and security of tourists, promotion of tourism and necessary advisories for important tourist places and destinations. They also suggested upgrading infrastructure facilities such as verification of hotels, updating of their records, safe transportation facilities and better connectivity at different places. They also requested the Chairman to ensure that these facilities are availed on reciprocal basis from these countries. There was an appreciation for the use of IT as enabler for better implementation of VISA facilities.